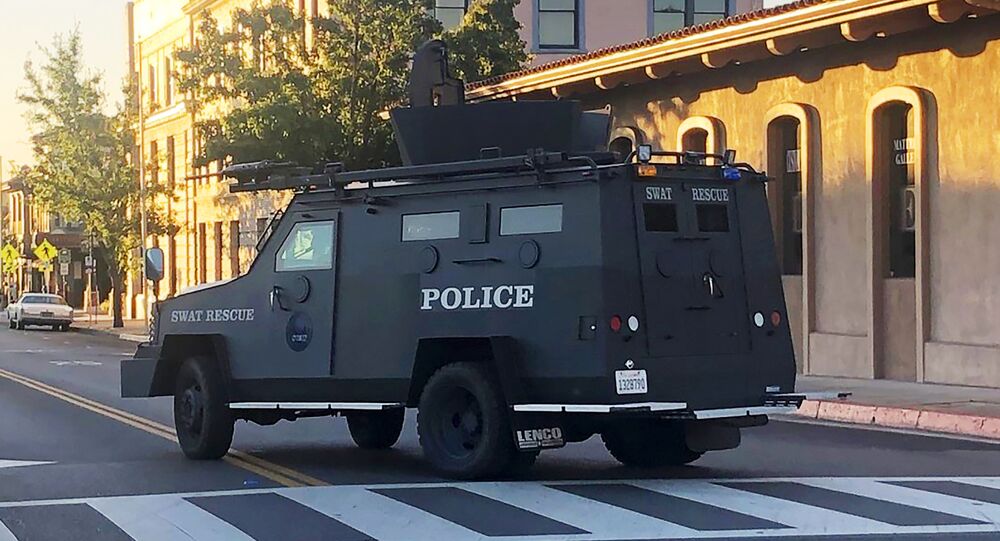 The gunman ambushed the police station in Paso Robles earlier in the day, injuring a sheriff's deputy who responded to the shooting and is now in serious condition, according to investigators.

The San Luis Obispo County Sheriff's Office has released pictures of the suspected gunman in the attack on the police station. The police have been searching for him for hours already, but still cannot trace the criminal.

The Sheriff’s Office is releasing these images of the suspect believed to be responsible for the active shooter event that took place in Paso Robles this morning. #PRactiveshooter pic.twitter.com/IkUDi8jOCr

The shooter opened fire at around 3.45 am local time on a police station in downtown Paso Robles. The deputy who responded to the shooting was shot in the head and brought to safety, according to San Luis Obispo County Ian Parkinson. He is now in a serious but stable condition, he added.

The man is considered armed and dangerous, so residents near the Paso Robles downtown area have been asked to shelter in place while he is still at large.

The shooting came amid the ongoing protests against police brutality that have rocked the United States following the death of black Minneapolis resident George Floyd. Protests have often turned into riots, including vandalism and clashes with police.