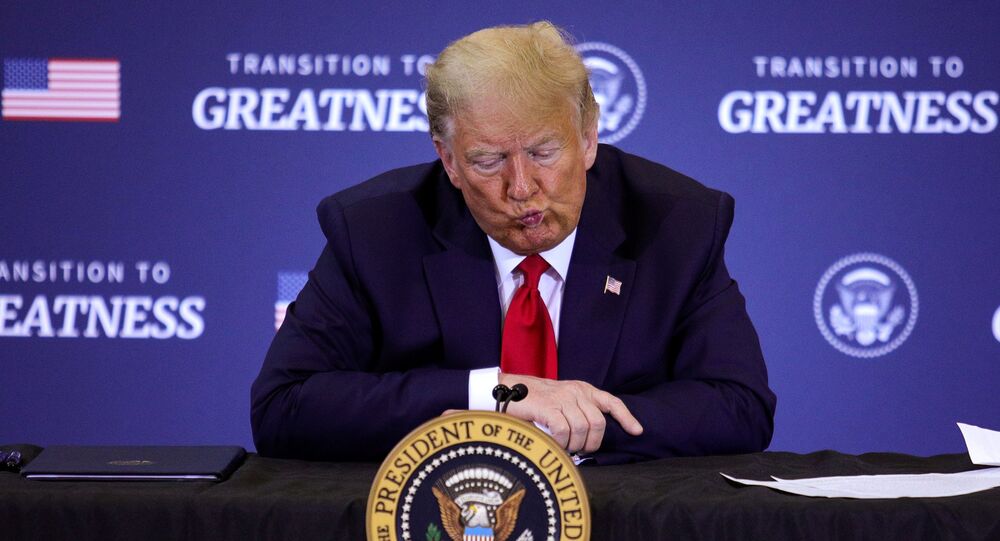 Netizens were up in arms on Wednesday, slamming US President Donald Trump after he issued a series of tweets in which he stated that he was not interested in the idea of rechristening US military bases named after Confederate generals.

In his tweets, Trump referred to the bases named after Confederate military figures, including Fort Bragg, Fort Hood and Fort Benning, as “Hallowed Grounds” where soldiers that won two world wars were trained. He added that the administration “will not even consider the renaming of these Magnificent and Fabled Military Installations.”

​White House Press Secretary Kayleigh McEnany reiterated the president’s stance during a Wednesday press briefing, where she reread the tweets Trump had fired off only moments prior.

Trump’s words were met with widespread backlash by netizens, with many pointing out that the Confederate states, which had seceded from the Union, lost the American Civil War that took place between 1861 and 1865. Many others called Trump a “racist” and criticized the president for glorifying Confederate “traitors” that the US “defeated.”

​Another wrote that “President Trump and the Republican Leadership are committed to glorifying people who committed treason to the Union in order to fight to hold men, women, children, and all of the descendants in bondage.”

During a roundtable discussion held hours after Trump made his stance known, the president refused to expand on his decision. A reporter’s question on why the Confederacy should be defended went unanswered by the president twice.

“We must recognize history is important, but we must come together and have some sort of open discussion about race,” the official told Fox News on Monday. “This week highlighted the need to start understanding those feelings, and the Army secretary is open to considering changing the names of these bases named for Confederate generals.”

In a joint statement to the Army last week, McCarthy, Army Chief of Staff Gen. James McConville and Sergeant Major of the Army Michael Grinston said that the service needs “to work harder to earn the trust of mothers and fathers who hesitate to hand their sons and daughters in our care,” also noting that the “country has suffered an explosion of frustration over the racial divisions that still plague us as Americans.”

The US-based civil rights group National Association for the Advancement of Colored People has also long called for renaming military bases that honor Confederate soldiers, claiming that the Confederate flag glorifies “treason and a hateful history of white supremacy and black subjugation.”

US Navy Prepares to Ban All Displays of Confederate Battle Flags