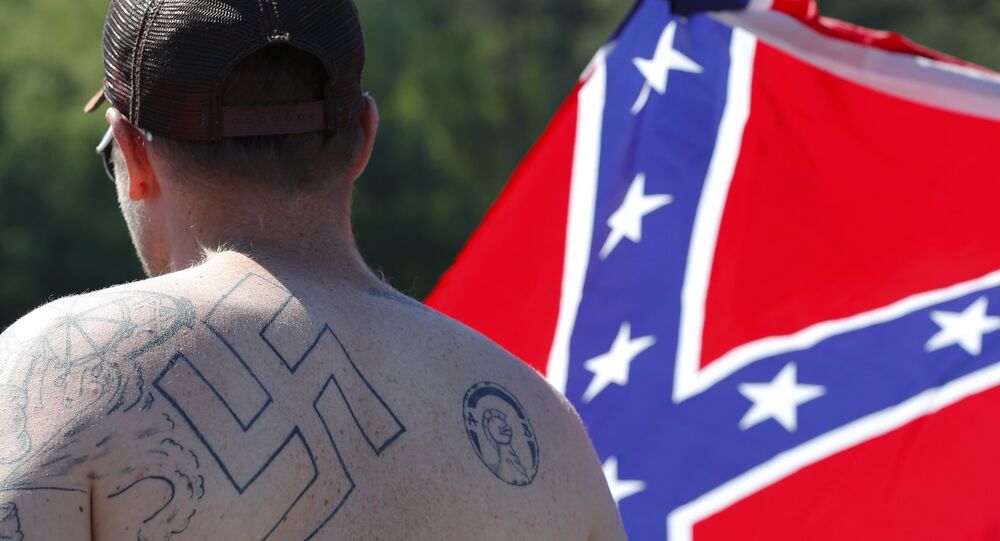 The US Navy is to follow the Marine Corps and prohibit the flying of the Confederate battle flag from the 1861-1865 Civil War. But what is the significance of the flag and has it become so toxic 155 after it was last used on the battlefield?

US Defence Secretary Mark Esper and Army Secretary Ryan McCarthy have both said they are “open to a bipartisan discussion'' about renaming US Army bases like Fort Bragg in North Carolina which are named after former Confederate generals.

The US Navy commander, Admiral Mike Gilday, also said he would follow General David Berger, the commandant of the Marine Corps, who last week banned the flying of the Confederate battle flag on ships or bases.

Mississippi’s state flag literally has a mini confederate flag in the corner.
I would ask why it hasn’t been changed yet but I already know why...we all do. pic.twitter.com/C3LDEgQJig

​Admiral Gilday said the flag - sometimes referred to as the southern cross - “carries the power to inflame feelings of division.”

Last week the Marine Corps issued a statement: "The Confederate battle flag has all too often been co-opted by violent extremist and racist groups whose divisive beliefs have no place in our Corps. Our history as a nation, and events like the violence in Charlottesville in 2017, highlight the divisiveness the use of the Confederate battle flag has had on our society.''

But who created the flag and why is it still cherished by some in the US and increasingly reviled by many Americans?

The Confederate States of America was a group of 11 states in the south which seceded from the United States in 1860 over the issue of slavery and state’s rights.

Disgusting. Ole Miss doesn’t play Dixie anymore. (Do they?) the confederate flag is nowhere to be seen in Oxford. What’s taking the rest of the state so long to ditch this racist rag? And don’t get me started on the monuments https://t.co/uwJ1SSp3c3

​The Confederacy created its own flag - known as the Stars and Bars - which originally contained 11 stars but that number became 13 when slavery-supporting rebels in Kentucky and Missouri sided with the South.

But the Stars and Bars was replaced in 1863 by a second flag, known as the Stainless Banner, but throughout the Civil War the Confederate army would fly its battle standard, a red flag with a diagonal blue cross in which were embossed 13 white stars, one for each of the rebel states.

Considering 110,000 Union Army soldiers died fighting the Confederacy and another 30,000 died in their prison camps during the Civil War, it seems bizarre the US Army - which is in reality is the Union Army - ever flew the “rebel flag” at any of its bases.

I’ve never understood why people from Pennsylvania fly the confederate stars and bars flag. You weren’t in the confederacy. 🤨

​Imagine the Chinese army flying the flag of the Republic of China (Taiwan) - which it defeated in a civil war in 1949 - over People’s Liberation Army bases.

After four years of bloody warfare the leader of the Confederate Army, General Robert E. Lee, surrendered at Appomattox courthouse in Virginia to General Ulysses Grant, the commander of the Union Army.

During the Reconstruction era, when the Union Army occupied the southern states to ensure they liberated their slaves and did not attempt another insurrection, the Confederate battle flag vanished from the South.

But not longer after the Union Army departed in 1877 the “rebel flag” was soon raised again.

During the Jim Crow era hundreds of African-American men were lynched across the South by the Ku Klux Klan and other racist mobs.

The biggest disrespect to our flag, anthem and the military was never Colin Kaepernick’s peaceful kneeling protest but the rebel flag and monuments all the USA. 🇺🇸 👈🏾This is the flag of the victorious USA, not this one 👇🏾👇🏾👇🏾👇🏾👇🏾👇🏾#AmericaOrTrump pic.twitter.com/lNNYXrPQ7i

​Historian Kevin M. Levin said that in 1920 a young African-American man was forced to kiss the flag before he was lynched.

After two world wars the flag lost much of its symbolism.

It was seen by many simply as a sign of their pride in southern culture, a region fondly nicknamed “Dixie”, and was used by many companies and corporations who had no racist agendas.

In the early 1980s a staple for US and UK television viewers was the show Dukes of Hazzard, about a pair of brothers and their sister and their comedy capers in a fictional county in Georgia.

Central to the entire plot of every episode was the Duke family’s car, a bright orange Dodge Charger called the General Lee which had a huge Confederate battle flag on its roof.

Television audiences in the US and Britain lapped it up - in 1981 it regularly got 21 million viewers per episode and in the UK it was shown on prime time BBC1 on Saturday evenings at a time when there were only three television channels to watch.

Remember when the roof of a TV car upset people enough to want the show to disappear? And it did? Fight for a stupid thing like The Dukes Of Hazard? Why? Because they never stop. They will attempt to erase every part of history they find “offensive”. We can’t let this happen. pic.twitter.com/gBDhcf5sjw

​Nobody ever mentioned the Confederate battle flag.

But in the early 21st century the “rebel flag” increasingly popped up in gatherings of “white nationalists” in the United States and was used on social media as shorthand for white supremacy.

When the Black Lives Matter campaign burst forth following the death of Michael Brown in Ferguson, Missouri in 2014 there were increasingly calls to airbrush out Confederate symbols and many statues were torn down.

In 2015 white supremacist Dylann Roof gunned down nine black people in a Bible study class in South Carolina. Activists were quick to point out his social media was full of pictures of him waving the Confederate flag. 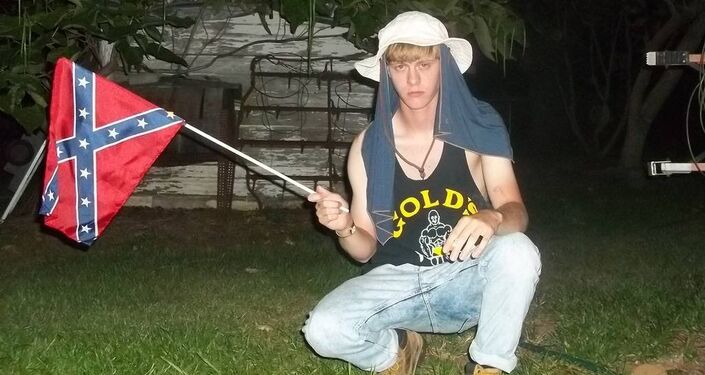 Last year the former governor of South Carolina Nikki Haley - who was promoted to US ambassador to the UN by President Trump - was criticised after she said the Confederate battle flag represented “service and sacrifice and heritage” before it was “hijacked” by Roof.

In July 2015 Haley finally acquiesced to public opinion and ordered the flag to be removed from outside the South Carolina statehouse in Columbia.

The Confederate battle flag is nowadays considered by most Americans to be on a par with the swastika but still some southerners resist its removal.

The Mississippi state flag, the last in the nation containing the Confederate battle emblem, has been a focal point of Black Lives Matter protests.

​Mississippi still has the southern cross in one corner of its state flag, as does the town of Trenton, Georgia.

The death of George Floyd and the huge demonstrations against racist symbols in both the US and the UK has once again focused attention on the Confederate battle flag.

It may only be a matter of time before Mississippi is forced to change its state flag.