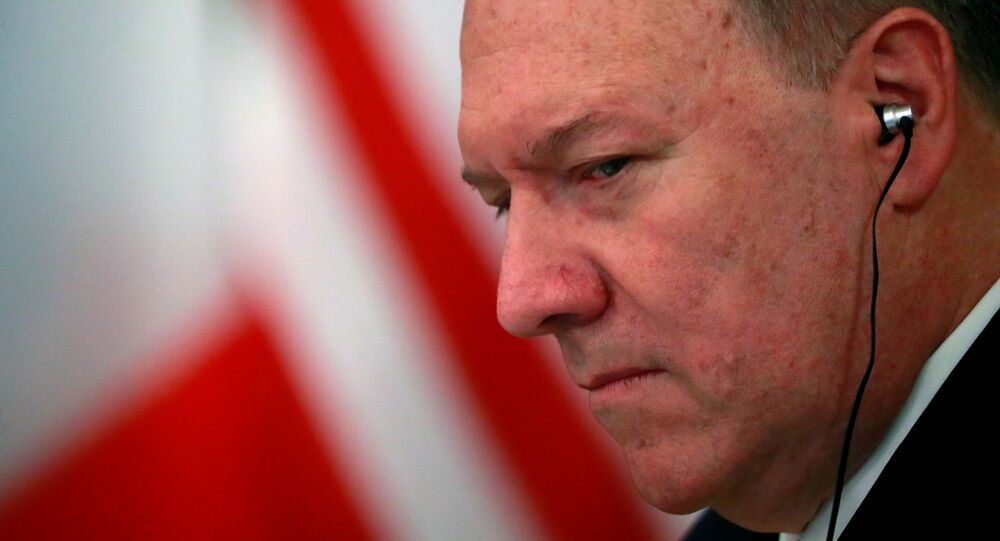 Linick was removed from his post by President Donald Trump in mid-May, claiming that he had lost complete confidence in him. The official was reportedly looking into possible misconduct by Trump administration officials, including Pompeo himself.

Secretary of State Mike Pompeo described the former inspector general for the Department of State, Steve Linick, as a "bad actor" and argued that he shouldn't have been allowed to keep his post for as long as he did.

Pompeo's remarks were preceded by Linick testifying before a Democrat-led Congressional probe in which he said that the Department of State had discouraged him from looking into certain actions of the Trump administration. The former inspector general said that the department didn't want him to investigate the White House’s decision to use emergency powers to sell $8 billion worth of arms to Saudi Arabia, despite opposition from lawmakers.

The investigation was initiated by three Democrat-led committees amid allegations that Linick's firing on 15 May 2020 by President Donald Trump was retaliation for his activities. Trump motivated the official's removal from office with the loss of absolute trust in him.

Apart from looking into the sale of arms to Saudi Arabia, Linick was reportedly probing Pompeo and his wife over allegations that the two had used the secretary of state's staff to run personal errands, like picking up laundry and walking their dog.

Earlier, The Daily Caller reported that the Department of State is accusing Linick of two counts of misconduct. Citing two obtained letters, one of which was allegedly sent to Justice Department Inspector General Michael Horowitz, the media outlet said that the department suspects Linick of violating the terms of his administrative leave and the chain of command.

According to the purported letters from the Department of State, Linick asked Deputy Homeland Security Inspector General Diana Shaw to obtain a copy of a report by Defence Department Inspector General Glenn Fine, despite being prohibited from contacting other inspector generals under the terms of his administrative leave.

Fine's report is related to allegations of leaks of sensitive documents from Linick's own office, with the IG himself asking Fine to carry out a "limited" probe into the matter in an apparent "conflict of interests", according to the letters obtained by The Daily Caller. The letters went on to claim that Linick never submitted the obtained report to his superiors, despite numerous requests.

Instead, the former Department of State IG "leaked" it to the media, The Daily Caller said, citing the obtained documents. The letters indicate that CNN had reported that Linick’s office was cleared of charges, citing sources on 28 May, although Fine's report on the matter became available to the public only on 2 June following a Congressional request. The obtained State Department's letters reveal that only Linick had access to the report at the time and hence only he could have leaked it to the broadcaster.

If Firing of State Dep’t IG Was Retaliation, ‘That Could Be Unlawful’, House Speaker Pelosi Says