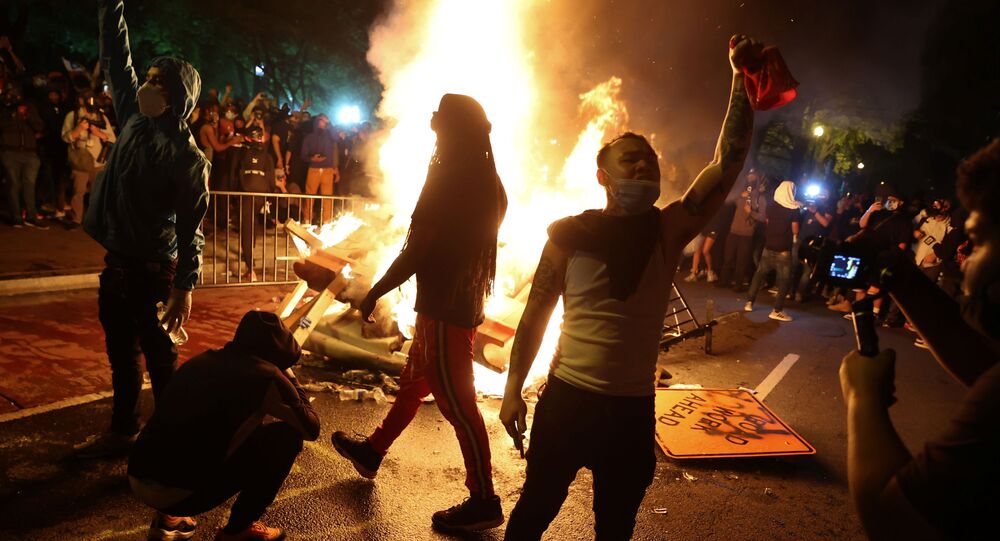 George Floyd protesters and "Black Lives Matter" activists have been calling for defunding police and redirecting funds to other areas, such as education and housing. Following violent clashes at rallies across the country, the Minneapolis City Council pledged to disband the local police department and completely reorganise law enforcement.

Dr Carol M. Swain, retired Professor of Political Science and Law at Vanderbilt University and the host of Be the People News podcast, has addressed the ongoing protests in the United States sparked by the death of George Floyd, an African American man, who died in Minneapolis police custody on 25 May, and offered her views on the potential consequences the clashes between the police and protesters may lead to.

Sputnik: In your opinion, why has the significance of protecting African Americans become so acute right now?

Dr Carol M. Swain: There are two reasons. More people have seen with their own eyes the videotape depicting George Floyd's final minutes on earth and the officers' indifference to his suffering. Americans do not want anyone to suffer like that at the hands of law enforcement. I believe the story is getting more attention because it is an election year and Democrats see a potential to hurt President Trump by attacking him on his call for law and order.

Sputnik: How much do you think police brutality concerns members of other minorities?

She reports: In 2019, police officers fatally shot 1,004 people, most of whom were armed or otherwise dangerous. African Americans were about a quarter of those killed by cops last year (235), a ratio that has remained stable since 2015. That share of black victims is less than what the black crime rate would predict since police shootings are a function of how often officers encounter armed and violent suspects.

In 2018, the latest year for which such data have been published, African Americans made up 53% of known homicide offenders in the US and commit about 60% of robberies, though they are 13% of the population.

© REUTERS / Lucas Jackson
Security forces take position during a protest against the death in Minneapolis police custody of George Floyd, in Minneapolis, Minnesota, U.S., May 30, 2020

The police fatally shot nine unarmed blacks and 19 unarmed whites in 2019, according to a Washington Post database, down from 38 and 32, respectively, in 2015.

Sputnik: Is it currently possible to expand the scope of the issue and focus attention generally on protecting members of other minorities as well?

Dr Carol M. Swain: George Floyd's death is likely to result in criminal justice reform and a rethinking of how police officers handle situations where suspects resist arrest or complain of medical difficulties as did George Floyd who refused to get into the back of the police car because of claustrophobia.

Sputnik: How do the unrest and looting affect the public's perception of the BLM movement?

Dr Carol M. Swain: There seems to be an unfortunate effort in the media and among Democrats to legitimise the Black Lives Matter organisation. Its call to defund the police and allow them to set up peacekeeping groups is ludicrous. While most Americans sympathise with protesters, looting, robbery, arson, and chaos definitely hurts the people who need police protection and reform.

I see Black Lives Matter and Antifa as part of a global Marxist effort to destroy the United States.

Their goals are more about attaining political power and money than protecting minorities and improving society. Their organisational goals might be quite different from the goals of the protesters concerned about police brutality and discrimination.