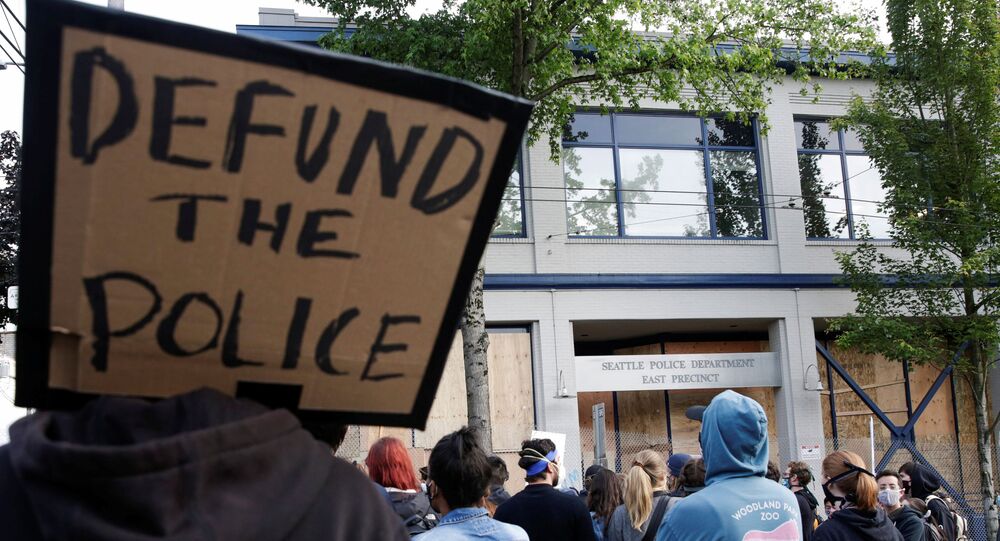 Protests continue in the United States after the National Guard was ordered to withdraw from Washington DC, as well from cities in California, hit by the mass rallies.

Mass rallies erupted in Minneapolis and then engulfed the entire country after George Floyd died in police custody following a violent arrest. A video depicting the incident showed white police officer Derek Chauvin pressing his knee to Floyd's neck for eight minutes, while the handcuffed man repeats he can't breathe until fainting.

After the arrest Chauvin was charged with second-degree murder, while three other officers involved in the incident have been charged with aiding and abetting the murder.

Many of the protests quickly turned into riots, complete with violence against police and civilians, vandalism, arson, and looting.