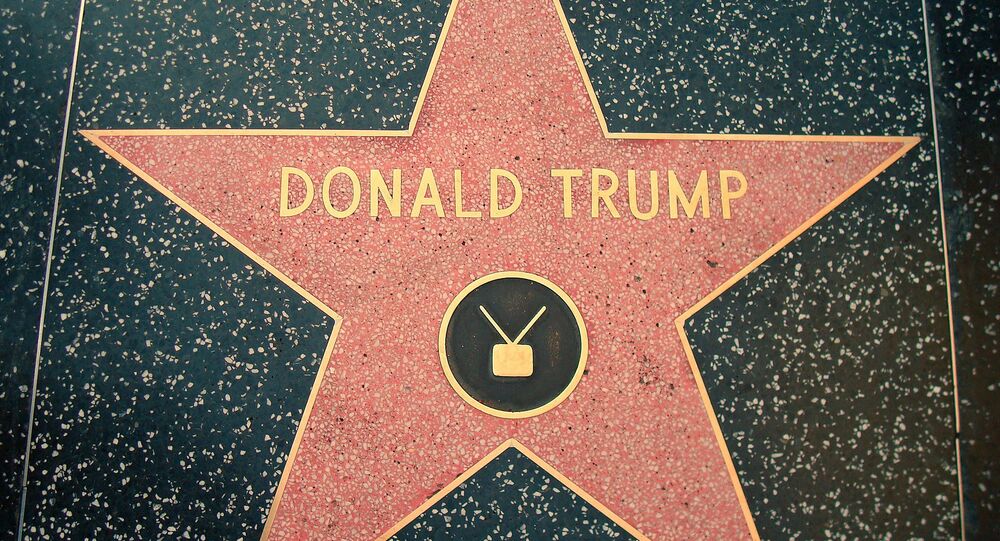 Over the weekend, US President Donald Trump’s Hollywood Walk of Fame star was vandalized with a Black Lives Matter message amid ongoing protests against police violence and injustice sparked by the gruesome killing of George Floyd.

Black Lives Matter protests have drawn massive crowds both in the US and abroad, with demonstrations being held in all 50 US states for the second week in a row. Amid the hoards of protestors, Trump’s star on the Hollywood Walk of Fame was not spared, being defaced beyond recognition for what is surprisingly not the first time.

The defacing took place over the weekend during protests throughout Los Angeles, California, as demonstrators continued to call for an end to police brutality after the death of Floyd, a 46-year-old black man who died on May 25 after a Minnesota police officer knelt on his neck for almost nine minutes. The protests, decrying systemic racism after the recent deaths of Floyd, Breonna Taylor and Ahmaud Arbery, have kept the country in a state of unrest for the past two weeks.

Trump’s star was spray-painted black over the weekend, and the letters “BLM,” for Black Lives Matter, were written next to it amid the protests, which saw an estimated 50,000 people march past the star on Hollywood Boulevard on Sunday, TMZ first reported. The iconic symbol’s vandal used black spray paint to completely cover the star, blending it with the surrounding sidewalk and even leaving a bag of feces on top.

This is @realDonaldTrump’s star on the Hollywood Walk of Fame. That is a green bag with some dog 💩 pic.twitter.com/SGsv3LtuEu

I was among the 20,000 people marching through Hollywood today calling for an end to police brutality. It was inspiring to see a diverse crowd gather to remember our black brothers & sisters who have been killed at the hands of police officers. #BlackLivesMatter pic.twitter.com/LkNWHRbKye

Trump received the Hollywood star in 2007 for his role on NBC’s “The Apprentice,” but it has been targeted on numerous occasions by vandals since his election in 2016.

The POTUS has been lambasted over his handling of the massive protests across the country, and his decision to fortify the White House and the Eisenhower Executive Office Building with metal fencing and concrete barriers was rebuked by Washington, DC, Mayor Muriel Bowser.

The defacement of his Hollywood star comes days after Trump threatened to deploy the military to states he deemed too lenient on demonstrations. Trump was also condemned for using US Park Police and other law enforcement officials to violently disperse peaceful protesters outside the White House in Lafayette Park prior to the citywide 7 p.m. curfew on June 1, with officers employing tear gas and rubber bullets so that the president could walk across the street to the famous Saint John’s Episcopal Church for a quick photo-op.

Journalists have also been indiscriminately attacked by the police, with diplomats from both Russian and Australian governments filing complaints over the treatment of journalists employed by news agencies from their respective countries, to say nothing of the treatment domestic outlets’ reporters have received.