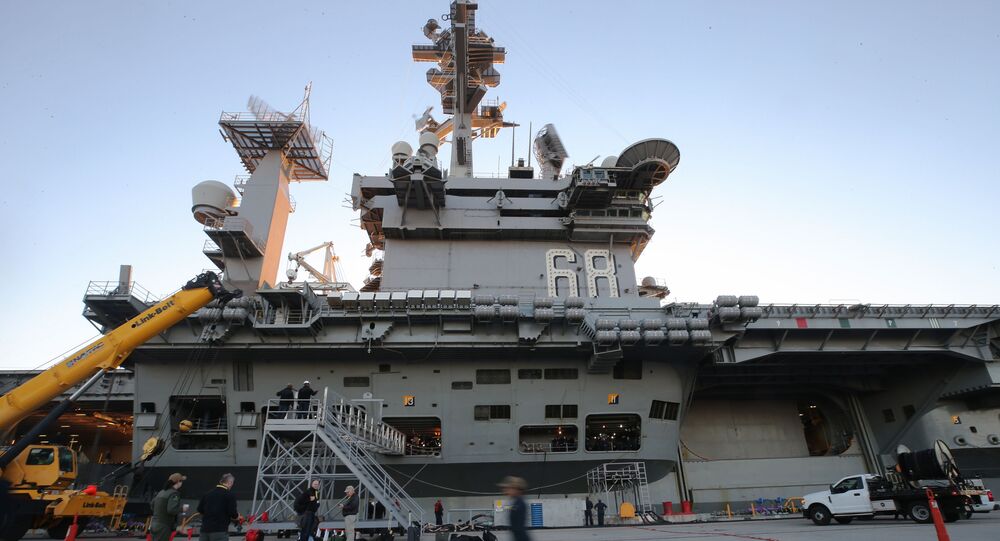 WASHINGTON (Sputnik) - The US aircraft carrier Nimitz and elements of its strike group (NIM CSG) sailed into the Pacific after the entire crew completed a 14-day quarantine, tested negative for the novel coronavirus and practiced mitigation protocols while being tested during a pre-deployment cruise, the US Navy announced in a press release.

"Leading up to and throughout COMPTUEX, NIM CSG units conducted aggressive mitigation measures to minimize potential exposure to COVID-19, including the wearing of face coverings, social distancing, minimizing meetings and gatherings, and thorough cleaning of spaces multiple times each day. They will continue those mitigation measures to ensure the safety of their Sailors and Marines", the release said on Monday.

Sailors assigned to the Nimitz also completed a 27-day fast cruise aboard the ship prior to deployment, which also included multiple novel coronavirus tests, the release added.

In addition to the Nimitz, strike group units that deployed from the US port of San Diego included the guided-missile cruiser Princeton, guided-missile destroyers Sterett and Ralph Johnson, Carrier Air Wing 17, an electronic attack squadron, two helicopter sea combat attack squadrons, and other units, according to the release.