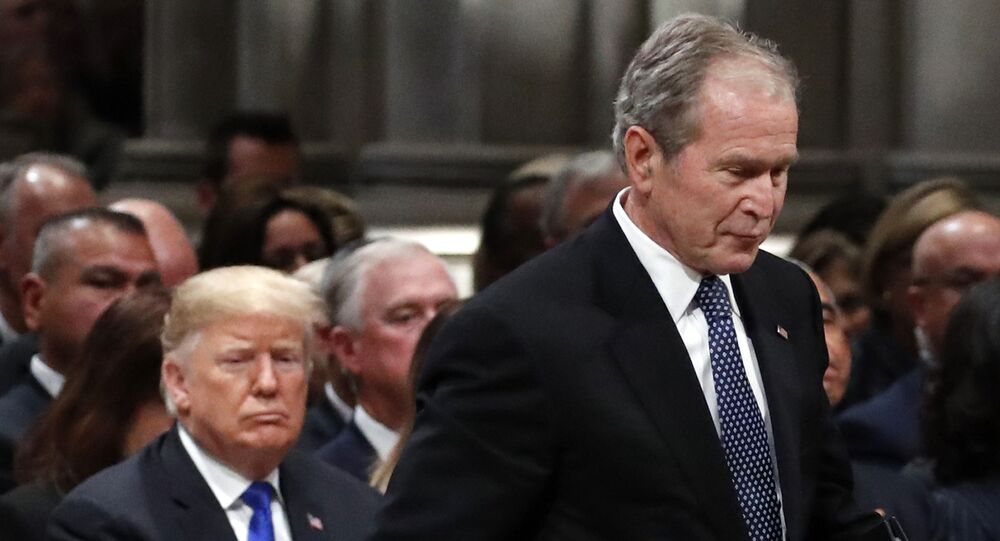 The Times hasn’t updated its article with the denial, although does note Freddy Ford, a spokesman for Bush, “said the former president would stay out of the election and speak only on policy issues, as he did this week in stating that the country must ‘examine our tragic failures’ on race”.

George W. Bush’s spokesperson has denied in the strongest terms the former President won’t be voting for Donald Trump in 2020, Texas Tribune reported.

Bush was said to not support Trump, while his brother Jeb was said to be not sure how he’ll vote.

In an email to @texastribune’s @ragajus, George W. Bush spox @kyfredchicken denies @nytimes report: "This is completely made up. He is retired from presidential politics and has not indicated how he will vote.” https://t.co/tWelJOqmhv https://t.co/RiHpmkfa5Z

​Mitt Romney, Republican Presidential candidate in 2012, was reported to be deliberating whether to again write in his wife, Ann, or cast another ballot in November. Cindy McCain, widow of Senator John McCain, is apparently “almost certain” to support Democratic candidate Joe Biden, but is “unsure how public to be about it because one of her sons is eyeing a run for office”. Former Secretary of State Colin Powell has also publicly confirmed he’ll back Biden, telling CNN 31st May Trump “lies about things” and Republicans in Congress won’t hold him accountable.

However, in a statement provided to Texas Tribune, a spokesperson for Bush said the reports were “completely made up”.

“He’s retired from presidential politics and has not indicated how he will vote,” they explained.