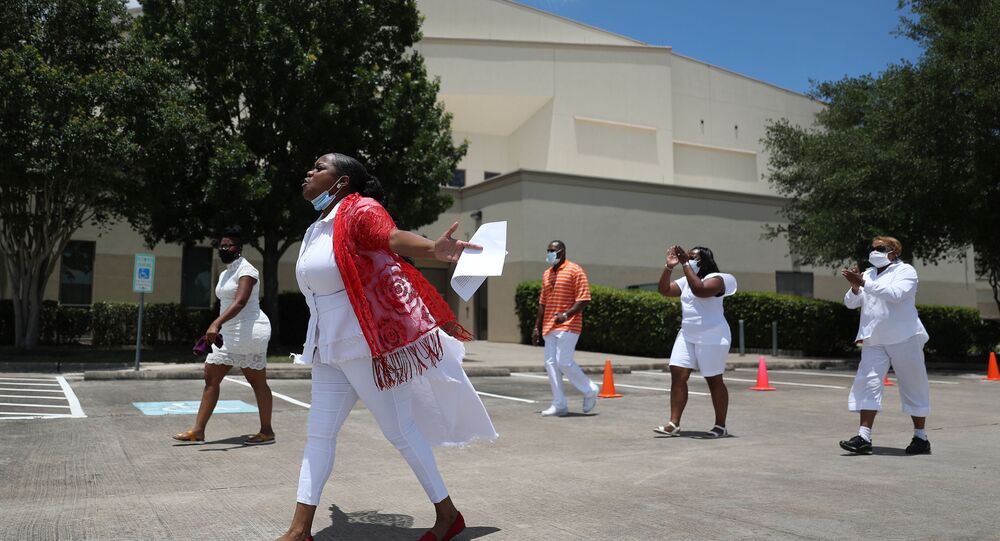 Anti-racism and anti-police brutality protests have swept across the United States since 25 May, when George Floyd, a 46-year-old African American man, died in Minneapolis police custody.

A live broadcast shows hundreds of people, including family, friends, celebrities, and members of the public, attending George Floyd's public viewing at The Fountain of Praise Church located at 13950 Hillcroft Ave, Houston. The public viewing to honour the African American man who was killed during an arrest in Minneapolis on 25 May is scheduled from 12:00 p.m. to 6:00 p.m. CST (5:00 p.m. to 11:00 p.m. GMT).

A private service for Floyd's family and friends is scheduled for 9 June at 11:00 a.m., before he is then buried at the Houston Memorial Gardens Cemetery.

Floyd's death has sparked a worldwide movement against social injustice. Mass protests have taken place in the United Kingdom, Denmark, Germany, France, New Zealand, Australia, the Netherlands, and Canada, among others.