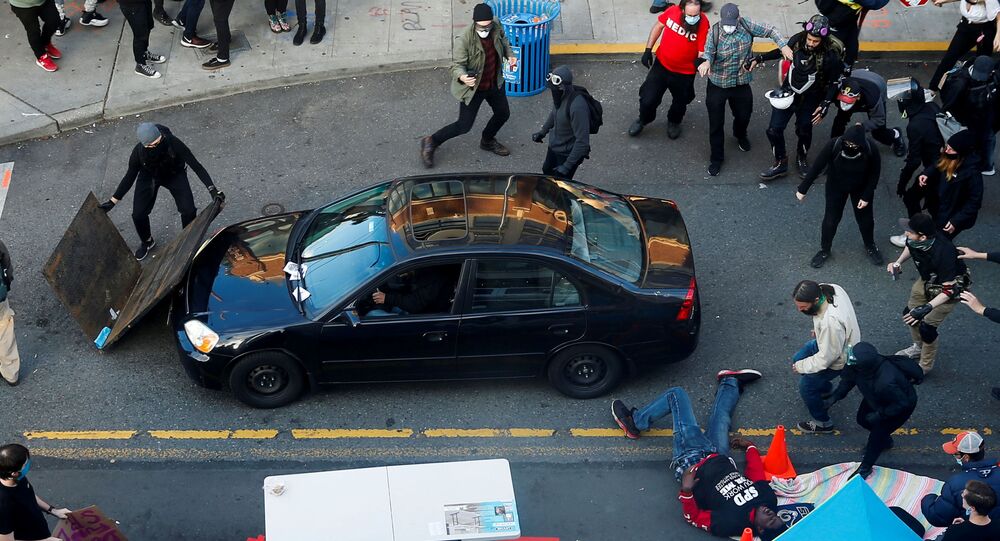 One Injured After Car Rams Into Rally in Seattle, Driver Opens Fire - Reports

The incident occurred amid the wave of protests against police brutality that have been sweeping across the US since the death of African American George Floyd after a violent arrest.

A driver has rammed through a police barricade in Seattle and opened fire, wounding one person during protests at Capitol Hill in Seattle, according to multiple reports. A video that has emerged on social media shows a man leaving his car wielding a gun, and forcing his way through the crowd, as people scream.

He was reportedly detained by the police shortly after the shooting.

The victim of the attack is believed to be in stable condition.

BREAKING: A man drives a car into a crowd of protesters in Seattle, before exiting the vehicle with a gun. At least one person was shot, others injured.

The mass unrest started after African American George Floyd died on 25 May in Minneapolis police custody after officer Derek Chauvin pressed his knee onto Floyd's neck for over eight minutes while the man was handcuffed, repeatedly saying he could not breathe.​

His death resulted in mass protests and riots in multiple US cities, with at least 23 states activating the National Guard to enforce order.

Following Floyd's death, Chauvin was charged with second-degree murder, while three other officers have since been charged with aiding and abetting.