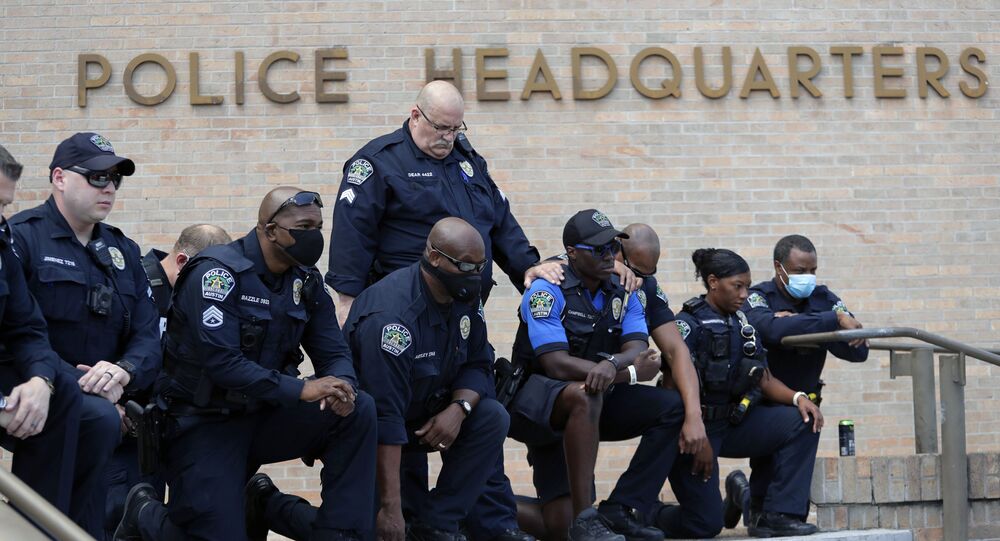 In every state and in almost every major city across the United States, as well as in many cities around the world, ongoing massive demonstrations against police brutality provoked by the killing of African-American George Floyd at the hands of white police officers last month are looking increasingly like a cultural movement.

In the state's capitol city, the Austin Police Department has been sharply criticized after claiming that is had received cards and letters, alleged to have been from residents of the city, telling the department that they were “thankful for all you do” amid ongoing nationwide demonstrations protesting police brutality and racism.

In a post on its official Twitter account, the police department shared photos of dozens of cards and envelopes, along with a photo of two officers, one black and one white, smiling as they read the purportedly grateful messages.

“We can’t express enough how grateful we are to serve you, Austin,” the APD account tweeted on Saturday. “Our officers have been working around the clock during these unprecedented times and thank everyone who took the time to write and make our day a little brighter. #OneAustinSaferTogether #Thankful”.

We can’t express enough how grateful we are to serve you, Austin. Our officers have been working around the clock during these unprecedented times and thank everyone who took the time to write and make our day a little brighter. #OneAustinSaferTogether #Thankful pic.twitter.com/U3vomU2tbq

Twitterians have accused the department of faking the letters, with some highlighting obvious similarities in the handwriting on many of the cards and questioning how the notes could have all been “hand-delivered without postage”.

“Wow, you guys really have been working around the clock writing yourselves letters. Such pretty hand writing! Who's a big strong Poweece Owfficor,” one tweeted in response to the department’s post. “You are, that's right YOU!”

Wow, you guys really have been working around the clock writing yourselves letters. Such pretty hand writing! Who's a big strong Poweece Owfficor. You are, that's right YOU!

I think a very important lesson here is that the @Austin_Police is open to receiving letters from the public. Keep sending them in, y’all. Let them know how much you appreciate them. 😉

This is so staged and sad I'm not even mad.

"make sure we have a black officer and white officer in the photo, too"

Some users cited incidents in which the Austin police kettled and injured numerous people during the ongoing George Floyd-inspired anti-police-brutality protests in the city and across the state and the country.

“How many cards has @Austin_Police sent to Justin Howell in the hospital? You know, the kid that took a ‘less-lethal’ round to the head,” one user questioned, referring to a 20-year-old college student who has been brain damaged after Austin police shot him in the head in late May during protests.

How many cards has @Austin_Police sent to Justin Howell in the hospital? You know, the kid that took a “less-lethal” round to the head.

The APD admitted at the time that it had shot the wrong person after someone standing near to Howell threw a water bottle and a backpack at officers guarding the department’s headquarters building.

And since there will be people who will tell me that I should be ashamed for calling out the 'fine' officers of Austin PD ,here is a video of police shooting at people carrying Justin Howell to your officers after they shot him. https://t.co/xp2by3IC0S

Ongoing anti-police-brutality protests across the US were triggered by the murder of an African-American man named George Floyd on 25 May at the hands of white Minneapolis police officers.