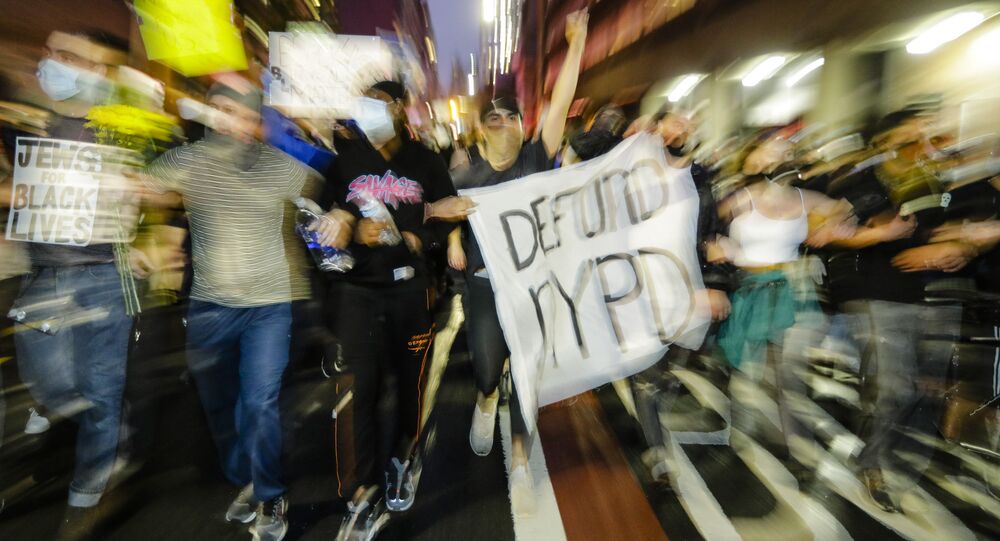 Things Are Out of Control in America, Eighty Percent of Registered Voters Say in New Poll

With violent protests sweeping the country following the death of George Floyd in police custody and almost 110,000 deaths from coronavirus, many Americans have quite a gloomy view of the political and economic outlook, according to new polling.

Eight in 10 Americans believe that things are out of control in the United States, an NBC News/WSJ poll of 1,000 registered voters revealed on Sunday. Only 15 percent of respondents believed that the country was still under control, while nearly half of them characterised the current state of the American economy as “poor”.

Only five percent said that American economy was in “excellent” shape, while 35 percent believed that the country will return to business as usual next year after the coronavirus pandemic is contained.

NBC News noted that the interviews were carried out before Friday’s report by the Bureau of Labor Statistics which revealed that the unemployment rate has dropped to 13.3 percent despite the ongoing pandemic, with 2.5 million jobs added in May.

According to the poll, 53 percent of respondents disapproved of Donald Trump’s actions as president, while 45 percent approved. 42 percent said that they would vote for Trump if elections were held today, but 49 percent argued they would rather support the Democratic candidate Joe Biden. These numbers have reportedly remained unchanged since April.

© Sputnik / Artur Gabdrakhmanov
A man speaks during a protest over police brutality in front of the Lincoln Memorial in Washington DC, US, 06.06.2020.

In relation to the ongoing nationwide protests following the death of George Floyd who died in police custody in Minneapolis on 25 May, more than half of the respondents argued that they were actually more concerned with the incident itself rather than the riots that resulted from it.

© AP Photo / Fox
Oops, They Did It Again: The Simpsons Might've Predicted Coronavirus & Riots in the US, Media Claims
When asked about the ongoing coronavirus pandemic, as the number of deaths from the virus in the US surpassed 109,000, 83 percent of voters suggested that China was partly to blame for the spread of the infection around the world and the US in particular, with a majority holding negative views of Beijing.

The poll was carried out between May 29 and June 2 predominantly among white non-Hispanic voters, according to respondents’ self-identification. Its authors accounted for a margin error of plus or minus 3.1 percent.