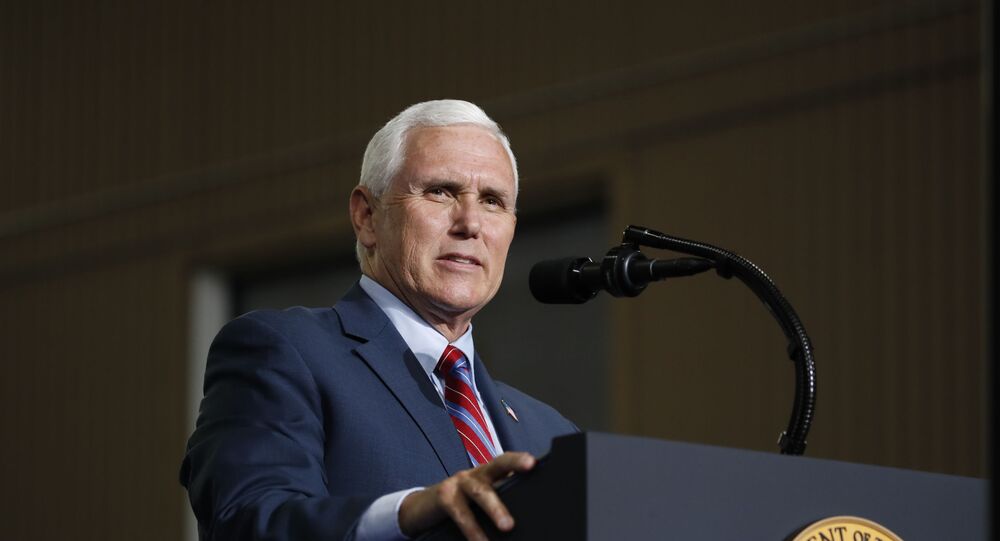 Joe Biden, whose key demographic is the African American community, has criticised the Trump administration for what he called an overt response to the black-led protests. Trump has mainly appealed to those voters who condemn riots and looting, in particular his hardcore Evangelical base.

Just one day after effectively winning the Democratic presidential nomination, Joe Biden got accused by the Trump camp of condoning violence at George Floyd protests.

“We see in Joe Biden a willingness to align himself with people that are rioting on the streets, destroying the property and livelihoods, claiming the lives of innocent civilians and law enforcement officers, and yet not speaking a word on behalf of those that have been victims,” Vice President Mike Pence said in an interview to Fox’s Watters' World on Saturday.

The ongoing protests over the death of George Floyd in police custody have been marred by violence perpetrated both by law enforcement officials and protesters.

Biden, who has formally secured enough party delegates to win the Democratic nomination and take on Donald Trump in September, has focused on what he said was police overstepping their power when dispersing the protests.

"When peaceful protesters are dispersed by the order of the president from the doorstep of the people's house, the White House — using tear gas and flash grenades — in order to stage a photo op at a noble church, we can be forgiven for believing that the president is more interested in power than in principle," the former VP said on Tuesday, referring to Trump’s widely-criticised photo op with a Bible in front of a church.

The US president, in turn, focused on incidents of arson and looting, blaming extremists for inciting violence and mounting a strong military response to the protests.

Mike Pence said he felt that Trump’s church visit carried the same message: that the government would not “tolerate rioting and looting or taking advantage of what would otherwise be peaceful protests to pursue criminal aims.”

Tens of thousands of people took part in demonstrations across the US on Saturday in what was the largest outpouring of public anger since the killing of George Floyd by a white police officer on 25 May.

The biggest crowds have been reported at a Lincoln Memorial rally and march to the White House, with demonstrators rallying against police brutality and systemic racism in urban centres – among them New York, Chicago, Los Angeles, San Francisco, Boston, Los Angeles and more – as well as in smaller rural communities. Sympathy rallies were also held in Canada, Australia, Europe, and Asia.