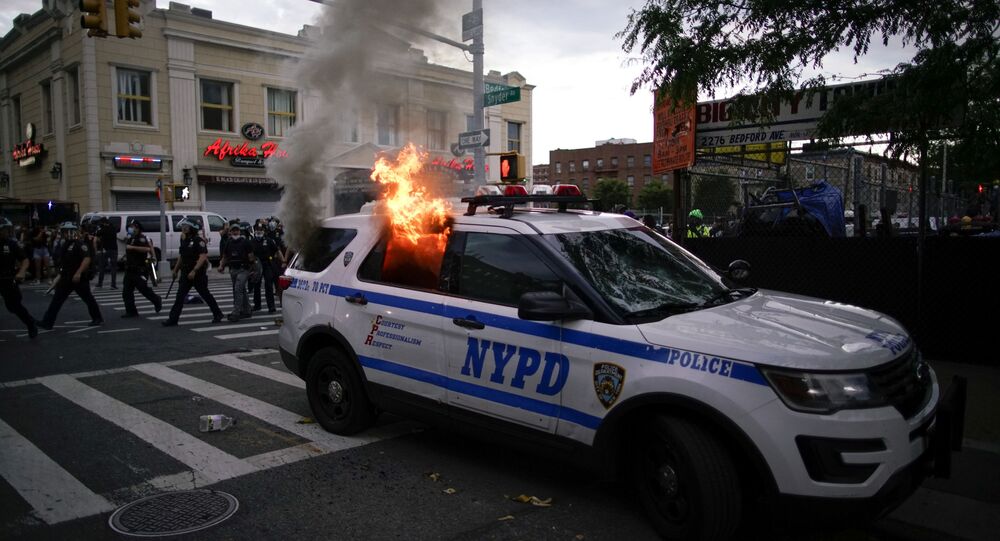 MOSCOW (Sputnik) - John Miller, the deputy commissioner of intelligence and counterterrorism of the New York Police Department (NYPD), said that looting across the city amid George Floyd protests was an intelligence failure of NYPD.

"If a couple of hundred people knew to be in a certain place at a certain time for criminal activity and we did not detect that, that’s on me," Miller said, as quoted by CNN.

According to the deputy commissioner, police officers monitored social networks to identify calls for illegal actions. He noted that looting was a feature of these rallies the police were not anticipating.

"We believe it was an opportunist action by regular criminal groups who decided to exploit this. And we hear that increasingly from the groups that are marching that they have nothing to do with that and are trying to disassociate themselves," Miller added.

Over the past days, New York City has witnessed looting, vandalism and violence and protests against the killing of George Floyd in police custody turned into riots.

A video of the arrest showed a white police officer pressing his knee onto Floyd’s neck for at least eight minutes while the African American man lied handcuffed on his stomach, repeatedly saying he could not breathe. The incident sparked protests against police violence and racism in various cities across the US and in other countries.