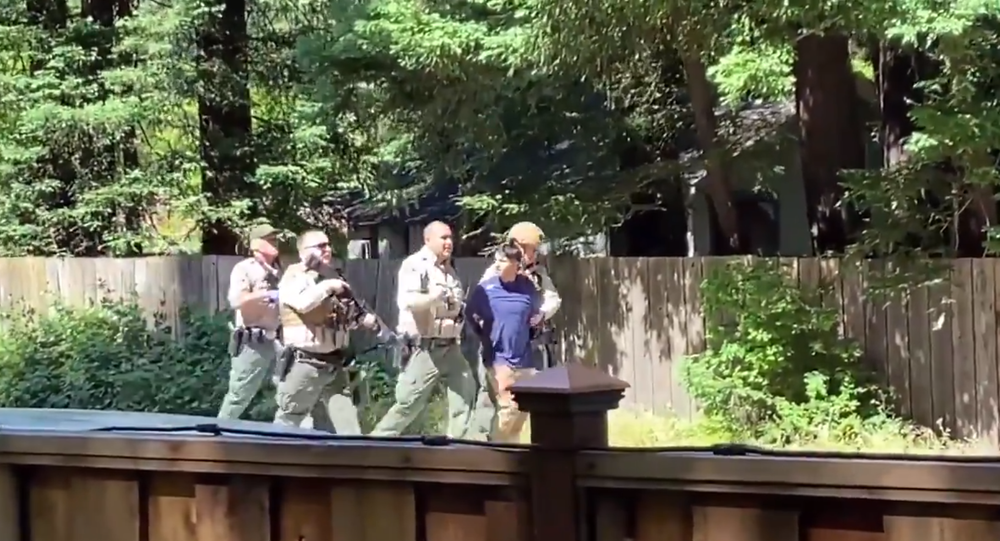 Santa Cruz law enforcement are investigating a shooting by at least one suspect, according to the police. The public has been asked to avoid the area.

Santa Cruz Police responded to "multiple critical incidents" in the county after a shooting happened in the area. According to the county Sheriff's Office, there is still an "active threat" in the area of Alba Road and Highway 9 in Ben Lomond.

According to unconfirmed reports by local media, a suspected gunman has stolen two vehicles at gunpoint in the Felton area and shot at a police officer and hit another with a car while trying to escape.

Police announced that one suspect has been taken into custody, noting that the investigation is ongoing and urging public to stay away from the area.

At least one suspect in custody. Please still AVOID area as this is an ongoing investigation.

A video allegedly showing the arrest of a suspect appeared in social media.

BREAKING: Video of a man taken into custody on Alba Road in Ben Lomond. The Santa Cruz County Sheriff's Office is asking people to avoid the area because of a "shooting". A viewer sent us this video. pic.twitter.com/iAUKtulfyc

Several other videos revealing that the police used a helicopter to investigate the area emerged on social media.

Initial reports said there was at least one suspect that was "still outstanding".

Happening Now: SCPD units are responding to multiple critical incidents in Santa Cruz County. More info to follow.
All available units are supporting a multi-agency effort. Only call 9-1-1 if you have a real emergency. Calls for service in @CityofSantaCruz may experience delays.

​There were no immediate reports of casualties.

A video allegedly showing heavy police presence in the area has been shared in social media.

BREAKING: Santa Cruz Sheriff is investigating a shooting in Ben Lomond. According to CHP, 2 deputies have been shot and were taken to the hospital. We don’t know their conditions. pic.twitter.com/QLicylRi78

One Person Killed, Another Injured in Shooting in Boston's Dorchester Area - Police