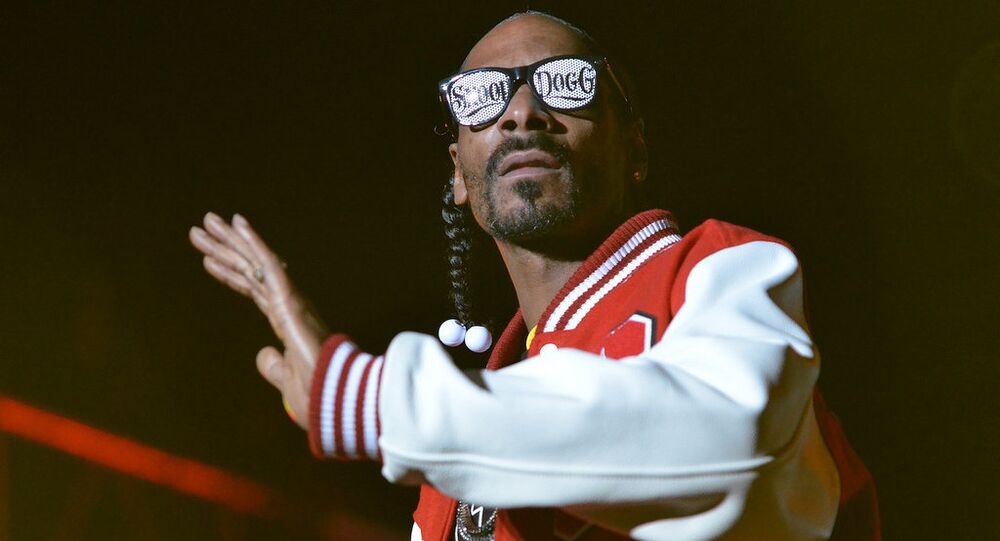 The US presidential election is scheduled for 3 November 2020, with incumbent President Donald Trump facing Democratic nominee Joe Biden, who has formally cinched the nomination, having secured the necessary number of delegates.

US rapper and cultural icon Snoop Dogg revealed that he has never voted in a presidential election, but will do so in November, noting that he "can't stand to see" Donald Trump in the office for four more years.

In a radio interview to Real 92.3, the rapper - who received felony drug-related convictions in 1990 and 2007 - said that he "was brainwashed" to believe that he was not allowed to vote earlier because of his criminal record.

"I ain't never voted a day in my life, but this year I think I'm going to get out and vote because I can't stand to see this punk in office one more year", 'Snoop', whose real name is Calvin Cordozar Broadus Jr., said during the interview.

As a Californian resident, the rapper would not be able to vote only if he was in state or federal prison, or if he was on parole. Since his criminal records have been "expunged" following his widespread charity work, he has had his voting rights restored.

The rapper, who has sold close to 60 million albums worldwide and in the US, expressed his support for participants of the ongoing Black Lives Matter anti-police-brutality protests, noting, however, that he is not interested in protesting. The rapper implied that he would help the movement by using "my power to do what I'm great at" and using his music platform to spread the message. Snoop encouraged everyone to stay safe during both the protests and pandemic.

His intention to vote comes as the US presidential election is set for 3 November 2020. Earlier, the Democratic candidate, former US Vice President Joe Biden, formally clinched the nomination by securing the required amount of delegates. When chosen by his party to be the nominee, Biden will face Trump in the election.

Poll: Biden Leads Trump by 10 Points Ahead of November Election