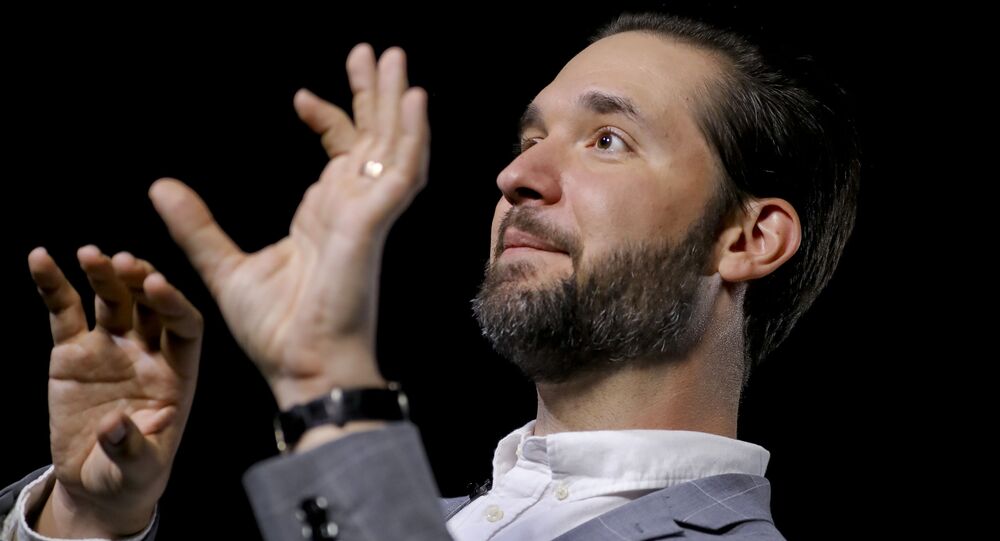 Ongoing protests across the United States over the death of African-American man George Floyd in police custody have prompted companies to address the issue of diversity and racial prejudice in American society and their corporate cultures in particular. Many executives were compelled to act.

Co-founder of Reddit platform Alexis Ohanian announced on Instagram and Twitter that he was resigning from the company’s board of directors to make a room for “a black candidate” to take over his job. Ohanian, who co-founded the company in 2005, said that it was “long overdue to do the right thing”.

“I’m doing this for me, for my family, and for my country,” he explained, pledging to use his future gains from Reddit assets to “serve the black community” and “chiefly curb racial hate”.

His first movement in this direction was a $1 million donation to Know Your Rights Camp campaign, devoted to empowering youth.

I've resigned as a member of the reddit board, I have urged them to fill my seat with a black candidate, + I will use future gains on my Reddit stock to serve the black community, chiefly to curb racial hate, and I’m starting with a pledge of $1M to @kaepernick7’s @yourrightscamp

​Ohanian, who is married to former world №1 singe tennis player Serena Williams, said that his decision was also explained by the need to look his daughter in the eyes.

“I’m saying this as a father who needs to be able to answer his black daughter when she asks: ‘What did you do?’”, Ohanian wrote.

Steve Huffman, Reddit’s CEO and co-founder, said that his former colleague’s decision will be honoured.

Few years back, Ohanian was in the midst of a scandal in relation to the firing of the company’s communications director Victoria Tylor, with many urging his resignation back in 2015. Former Reddit CEO Ellen Pao, who was also involved in the controversy, harshly criticised Ohanian in the aftermath of the scandal. She also recently condemned the company for making financial gains on “white supremacy and hate” amid ongoing riots in the United States.

I am obligated to call you out: You should have shut down the_donald instead of amplifying it and its hate, racism, and violence. So much of what is happening now lies at your feet. You don't get to say BLM when reddit nurtures and monetizes white supremacy and hate all day long https://t.co/VN5XCiYp5g

Ohanian’s decision comes following over a week of nationwide protests that swept the country after the death of black Minneapolis resident George Floyd, who was brutally pinned down by a police officer and asphyxiated while begging for air. Floyd lost consciousness and died in a hospital shortly after. With videos of his ruthless arrest circulating online, many American demonstrators took to streets to condemn police brutality and racial prejudice in law enforcement under the slogans “Black Lives Matter”, but many rioters eventually resorted to violence and looting.