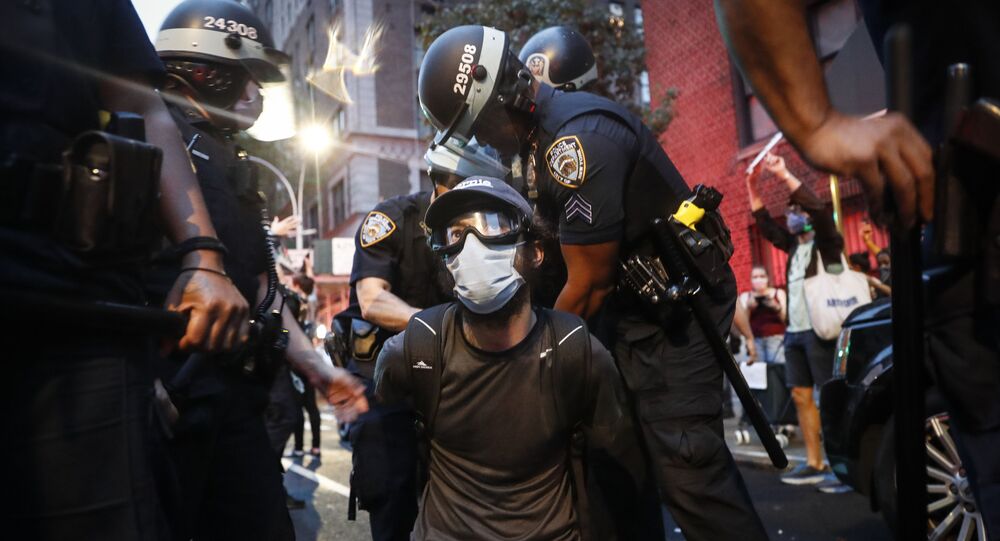 WASHINGTON (Sputnik) – RIA Novosti correspondent Mikhail Turgiyev, who was attacked by police while covering protests against racism and police violence, said that he had discussed the incident with the US non-government group, Committee to Protect Journalists (CPJ).

On Sunday, Turgiyev was pepper-sprayed in the face by a Minneapolis police officer despite identifying himself as a reporter, while covering the protests. A VICE television crew was also affected during the incident. A day later, Sputnik journalist Nicole Roussell said she was fired at by police while covering protests in Washington despite being identified as a journalist.

"Today, I had a conversation with a representative of the organization. They saw what I told one of the Russian broadcasters about what had happened and phoned me to ask additional questions to document the incident," Turgiyev said on late Friday.

On the same day, CPJ issued a letter to governors of states, city mayors, and police chiefs asking them to stop attacks on journalists. According to the group, there have been more than 280 such attacks.

A video of the arrest showed a white police officer pressing his knee onto Floyd’s neck for at least eight minutes while the African American man lied handcuffed on his stomach, repeatedly saying he could not breathe. The incident sparked protests against police violence and racism in various cities across the US and in other countries.