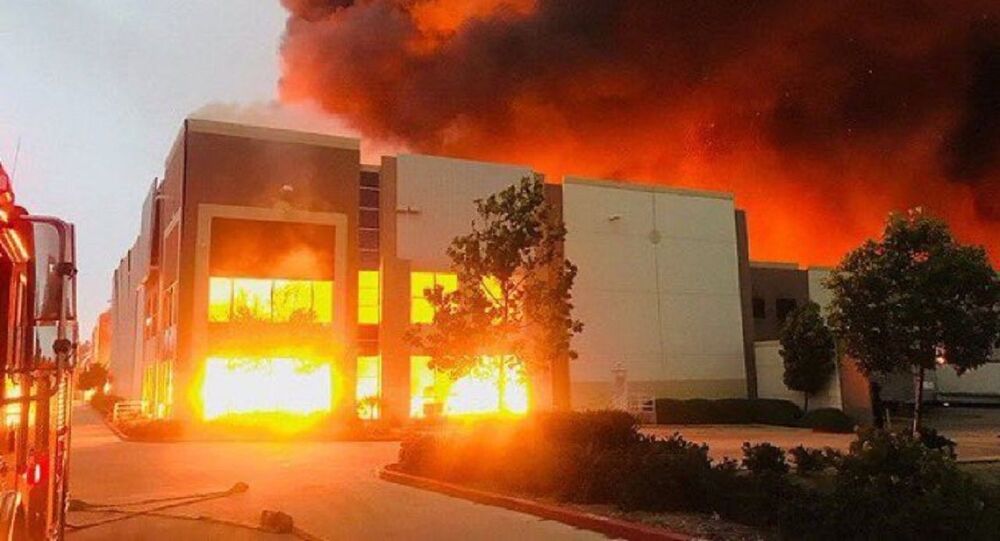 Over half-a-dozen fire departments reportedly were not able to stop the fire from completely destroying the distribution facility, which was said to have entered service only recently and was equipped with the latest fire protection systems.

A large warehouse facility operating as an Amazon distribution centre in Redlands, California, in the Los Angeles area, was entirely destroyed by a three-alarm fire on early Friday.

The fire broke out around 5:30 a.m., and burned to the ground entire sections of the large warehouse.

Firefighters from San Bernardino County could not stop the blaze, prompting calls for additional fire departments from other surrounding areas to step in, according to CNN.

The fire reportedly was finally brought under control by 11 a.m.

#Amazon is on Fire. pic.twitter.com/fTX7F7vgef

About 100 workers escaped from the burning facility before the roof collapsed. No fatalities nor injuries have been reported according to the outlet.

“We are glad everyone is safe, and thankful for the efforts of the local firefighters and first responders,” Amazon said in a statement cited by CNN. “This site was operated by a third party and we will support them throughout this process”.

The company said that the warehouse was said to be operated by Kuehne and Nagel, a third-party company that is contracted by Amazon to ship extra-large items to customers.

The reason for the fire is not yet known. Local authorities have launched an investigation into the matter.

Amazon said that costumers in the region will not be affected by the accident, as orders would be fulfilled by other sections of the company.

One Person Dies in Fire at Hospital in St. Petersburg, Russia

Amazon Non-Committal on Having CEO Jeff Bezos Testify in Congress