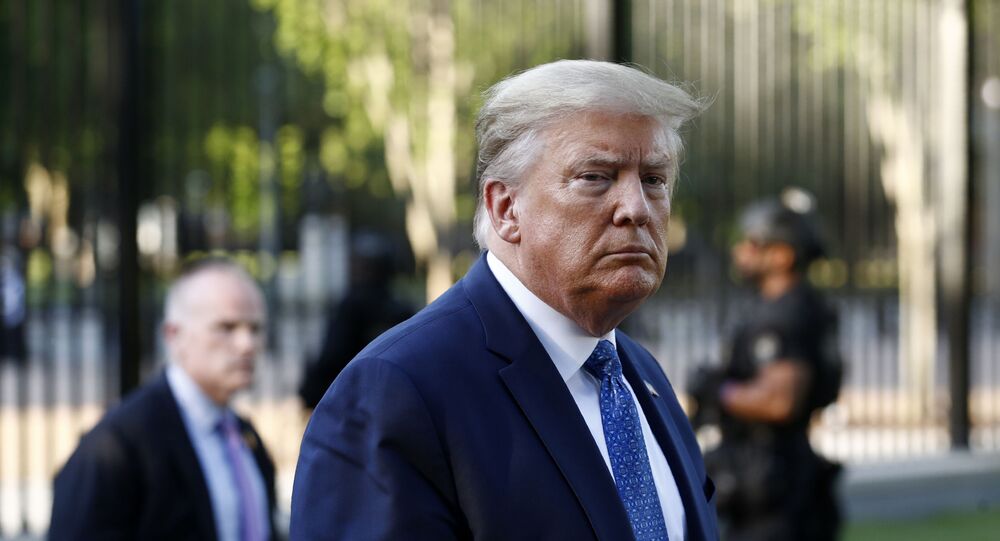 The same content was taken down on Thursday by Twitter, which argued that it disabled the four-minute video on its platform due to a complaint from the copyright owner.

Facebook and Instagram have joined Twitter in removing a video tribute to the late George Floyd posted by the reelection campaign of US President Donald Trump's ‘Trump Team’ on Friday, citing a copyright complaint.

“We received a copyright complaint from the creator under the Digital Millennium Copyright Act and have removed the post,” Facebook spokesperson Andy Stone said, cited by POLITICO. “Organizations that use original art shared on Instagram are expected to have the right to do so”.

The copyright complaint over the video was submitted to Twitter, Facebook, Instagram and YouTube by a law firm in Burbank, California, according to POLITICO. The firm said that the video infringed on material from an artist it represents.

“My client is very talented, so I can understand why the President chose to use their work as part of his re-election efforts,” said Sam Koolaq, director of the law firm, cited by the outlet. “Thankfully, the law protects artists from unauthorized usage, even when the unauthorized user is the President”.

In the four-minute video, the president describes Floyd’s death as a “grave tragedy”, while claiming that the “violence and anarchy” seen in the protests triggered by the incident were made by radical “left-wing groups”.

The removal of the video from the Facebook and Instagram social platforms came shortly after a similar action by Twitter. The Trump campaign accused Twitter of “making up the rules as they go along”, complaining that the social media company “has repeatedly failed to explain why their rules seem to only apply to the Trump campaign but not to others”.

YouTube has not removed the video, however, which is narrated by Trump and covers topics including the killing of African-American George Floyd at the hands of white police officers in Minneapolis and protests provoked by the incident across the country.

The recent weeks have seen sharp conflict between Trump and the most popular social media platforms, starting after Twitter flagged one of the president’s tweets regarding mail-in ballots as potentially misleading.

In response, Trump signed an executive order calling for a series of legislative and legal actions to prevent social media platforms from regulating user content, particularity the president's content.

Several days later, Twitter slapped a ‘public interest notice’ on a Trump tweet regarding the ongoing George Floyd protests across the US, saying the president violated rules concerning the glorification of violence.

On Wednesday, Snapchat announced that it had stopped the promotion of Trump’s account on its app's discover page, after concluding that the president’s posts are “inciting racial violence and injustice”.