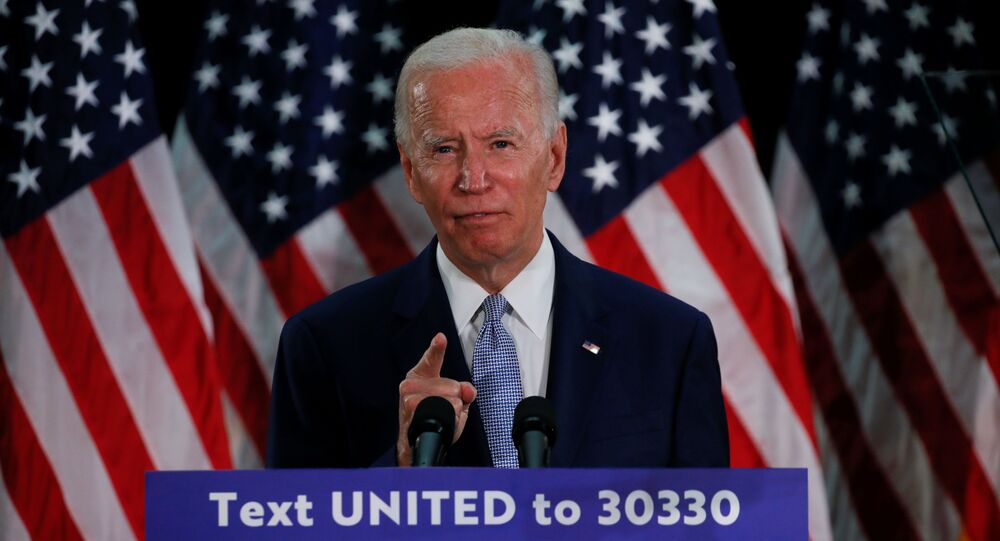 Earlier, during a speech at the White House, US President Donald Trump said that he hoped George Floyd was “looking down right now” and stated that “this is a great thing happening in our country” as he boasted about the declining US unemployment rate.

Presumptive Democratic nominee Joe Biden tweeted in response to remarks made by US President Donald Trump, stating that it is "frankly despicable" of Trump to "try to put any other words" in the mouth of the dead man, George Floyd.

The comment came after Trump expressed hopes during his speech that Floyd was “looking down right now” and saying “this is a great thing happening in our country”, while reporting an improvement in the US unemployment rate, declining from 14.7 percent to 13.3 percent.

George Floyd’s last words, “I can’t breathe,” have echoed across our nation and around the world.

For the President to try to put any other words in his mouth is frankly despicable. https://t.co/8dWu78dtGP

​Biden also condemned Trump's economic message in the speech, noting, during a public statement in Delaware, that "Donald Trump still doesn't get it" when addressing the nation with optimism on the unemployment rate, as it still remains much higher than at any point during the 2007-2008 financial crisis.

Echoing Trump's speech, Biden noted in a tweet that the ongoing job crisis is not an act of God, but a "failure of the President".

Let’s be clear about something: The depth of this job crisis is not attributable to an act of God — but to the failure of a President.

​As the United States is being rocked by ongoing mass protests against police brutality over the death of George Floyd, the nation continues to struggle with the aftermath of the lockdowns and the coronavirus-caused crisis.

Amid the global COVID-19 pandemic that has claimed over 108,000 lives in the US alone, over 40 millions American citizens have been forced to file for unemployment.