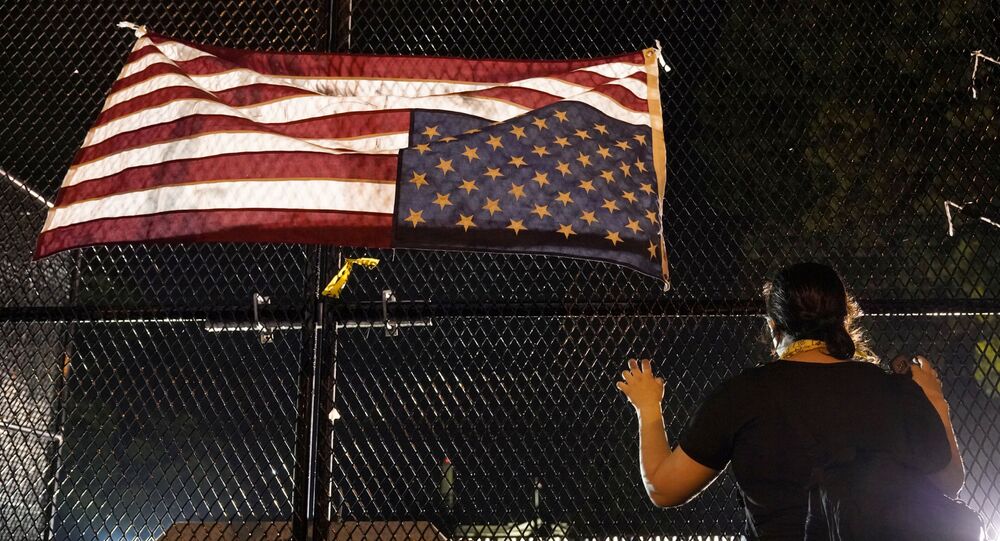 Earlier this week US President Donald Trump announced that he could deploy the military to stop the protests that have taken place across all 50 states in response to George Floyd’s killing. A number of former military leaders have criticised the president for his threat.

Retired Navy Admiral William McRaven said there was “nothing morally right” about the Trump administration’s decision to forcefully clear peaceful protesters in Washington DC ahead of the president’s photo op at a local church.

Speaking on MSNBC’s Morning Joe, the former Navy SEAL, who oversaw the raid that killed Osama bin Laden in 2011, described three criteria for every decision the military makes; moral, ethical and legal.

Demonstrations have rocked the US for the last week, following the death of George Floyd, a 49-year-old unarmed black man who died after a white police officer knelt on his neck for almost nine minutes while the victim pleaded for his life.

On Monday, Trump announced he could deploy the US military to stop the protests. He then walked through Lafayette Park after having peaceful protestors forcefully removed through the use of tear gas and rubber bullets so that he could have photos taken holding a bible in front of St. John’s Church.

McRaven said, “You’re not going to use, whether it is the military or the National Guard or law enforcement, to clear peaceful American citizens for the president of the United States to do a photo op. There is nothing morally right about that.”

The decorated military officer backed other former military leaders who have criticised Trump’s response to peaceful protests this week. These include former Defence Secretary Jim Mattis and former Chairman of the Joint Chiefs of Staff, retired Admiral Mike Mullen.

On Wednesday, Mattis released a statement to The Atlantic, slamming the US president's response to the ongoing protests. The former defence secretary argued that Trump is dividing Americans, and is "the first president in my lifetime who does not try to unite the American people — does not even pretend to try".

Mullen said the sight of protesters being removed from Lafayette Square "sickened" him and revealed Trump’s “disdain for the rights of peaceful protest in this country,” according to the Military Times.

This is not the first critique of the president by McRaven. In October the military officer wrote an op-ed article published by the New York Times stating that a new president would be needed if Trump could not bring the kind of leadership America needs.