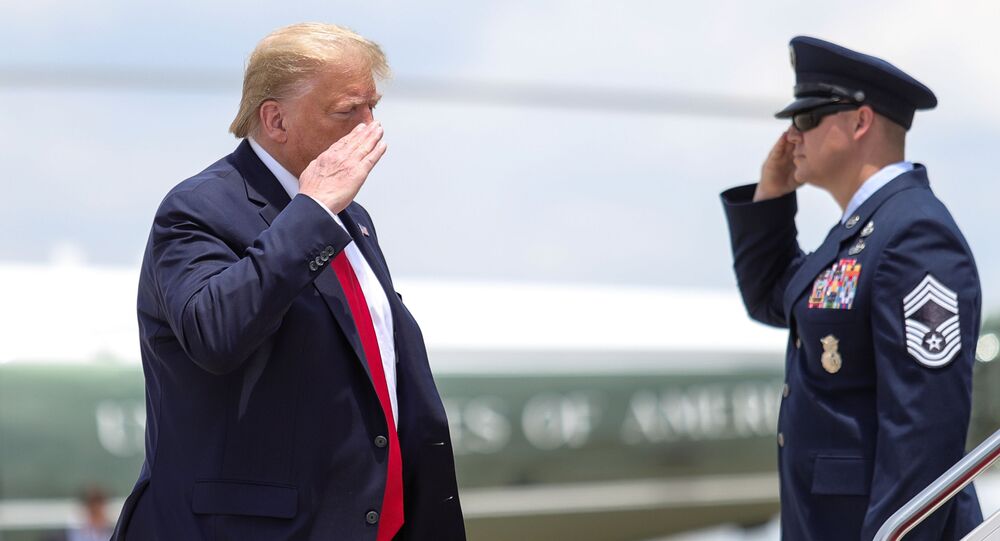 Protests have erupted throughout the United States in response to the killing of an African American man at the hands of white police officers. Significant demonstrations have taken place right outside the White House in the US capital city of Washington DC.

US President Donald Trump, in what many believe to be a hint to the United States military, on Friday threatened to unleash "a different group of men and women" on Washington DC if the capital district's mayor does not treat the National Guard units deployed in the area "well".

In a tweet, Trump described Washington Mayor Muriel Bowser as "incompetent" with an out of control budget who is now "fighting with the national guard".

Trump tweeted that if Mayor Bowser "doesn’t treat these men and women well, then we’ll bring in a different group of men and women", implying, some say, that he would send in the US military to quell protests throughout the capital.

...over the last number of nights. If she doesn’t treat these men and women well, then we’ll bring in a different group of men and women!

​The statement comes as Mayor Bowser has called for the removal of national guard soldiers and federal officers from her district amid widespread reports of police brutality.

“I continue to be concerned that unidentified federal personnel patrolling the streets of Washington DC pose both safety and national security risks", Bowser wrote in a letter to the president. “Our police and incident command have clear channels of communication and roles, and it is important to note that these additional unidentified units are operating outside of established chains of command. This multiplicity of forces can breed dangerous confusion".

The presence of other units in Washington DC, including Green Berets and FBI hostage rescue and riot officers - who are allowed to use greater force - has raised concerns about the potential arrival of combat troops.

The mayor made what some observers describe as a symbolic show of defiance to the president by allowing a “Black Lives Matter” mural to be painted in street-spanning yellow letters on the road leading to the White House. The piece was completed before noon on Friday.

Mayor Bowser confirmed that the block of 16th St near the White House has officially been renamed “Black Lives Matter Plaza” with new signs going up on Friday.

White House spokesman Hogan Gidley on Thursday said that the president holds the sole ability to invoke the 1807 Insurrection Act, which would see the deployment of military troops across the country in order to suppress ongoing civil unrest.

On Friday, however, media reports emerged that US Defence Secretary Mark Esper had signed a decree for US active-duty troops that had been earlier deployed to DC to return to their bases Fort Bragg in North Carolina and Fort Drum in New York.

Protests and riots have engulfed the US over the past week following the death of George Floyd at the hands of police officers. The demonstrations largely come in response to police brutality against African Americans at the hands of law enforcement.

Washington Church Visitors Should Self-Quarantine Due to Coronavirus - Mayor Bowser