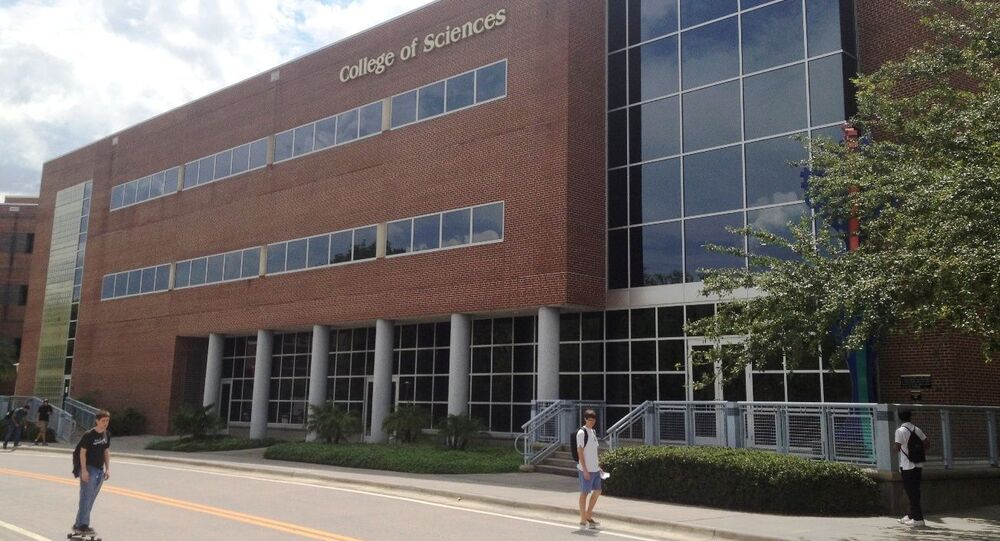 The professor, who authored a book defending white people from being shamed for racism, acknowledged that the timing of his tweets was “poor” as the country is embroiled in racially-charged protests unseen since the 1960s.

A professor at the University of Central Florida (UCF) is being investigated for a series of controversial statements about black people.

Charles Negy, an associate professor of psychology at the university, came under scrutiny following several tweets in which he condemned what he called black privilege and appeared to blame racism on African Americans.

In one post, he inquired: “If Afr. Americans as a group, had the same behavioral profile as Asian Americans (on average, performing the best academically, having the highest income, committing the lowest crime, etc.), would we still be proclaiming ‘systematic racism’ exists?”

Another stated that “black privilege is real” because “being shielded from legitimate criticism is a privilege”. That second post cited an article by conservative journalist Steve Sailer, which argued that black people are “not improving” their conduct, and engaged in looting during the George Floyd riots in particular, because they are being “increasingly excused from all critique”.

Negy’s comments have provoked a backlash from UFC students, and several online petitions have been launched calling on the university to fire the professor. They have garnered more than 16,000 signatures combined as of Friday.

The UCF tweeted on Thursday: “Being actively anti-racist means calling out and confronting racist comments. We are aware of Charles Negy’s recent personal Twitter posts, which are completely counter to UCF’s values. We are reviewing this matter further while being mindful of the First Amendment.”

Negy told NBC News in a statement: "I am pro-Black, pro-Hispanic, pro-Asian, AND pro-White. The lives of black people matter as much as the lives of anyone else in this country. In my mind, everyone is equal. And that means no group is above scrutiny. ... My support and belief in the humanity of all ethnic groups does not mean I must endorse what I perceive as misguided and even draconian tactics of certain political organizations, such as BLM."

The professor admitted that the timing of his tweets was “poor”, given the historic scale of the ongoing protests, but he maintained that they were not addressing George Floyd’s killing by a white police officer.

“My tweets are not about George Floyd,” he said. “We all agree: he was murdered viciously by a sadistic man. We all hope all four officers face justice… I'm addressing other issues that I think ought to be discussed if we're ever going to make progress on race relations.”

Negy wrote a book titled ‘ White Shaming: Bullying Based on Prejudice Virtue-signaling and Ignorance’, which, according to a synopsis, argues that white people are shamed for a history of colonialism, slavery and racism, and that this shaming is “a form of bullying”.

“The bullying reflects shamers’ unacknowledged hostility and prejudice toward Whites,” reads the synopsis, “as well as shamers’ need to feel morally superior (aka: virtue-signaling) and their ignorance of world history and other cultures.”

In 2012, Negy made headlines in academia after he criticised students for saying that Christianity is the most valid religion. The professor sent an email to his students saying that such views represent “religious bigotry”. The email was posted to Reddit by some of the students; Negy’s superiors at the university supported him at the time.