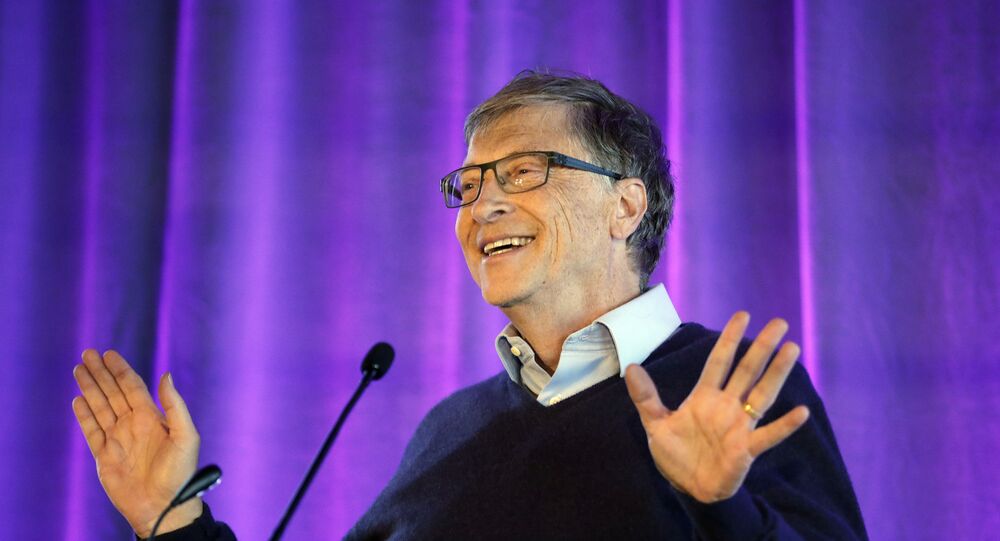 There has been quite a lot of rumours, largely spread by anti-vaccination campaigners, that the Microsoft founder is using the COVID-19 pandemic as a cover to embed trackable microchips in people en masse.

Bill Gates has expressed concern over widespread theories linking him to a secret plot to "microchip" the population.

"In a way it’s so bizarre, you almost want to view it as something humorous," Gates said of the rumour in a teleconference on Thursday, "but I guess it’s really not a humorous thing."

"It is good to know which kids have had a measles vaccine and which have not, so there are data systems and… health records that people use to track that… but there’s no chips or anything like that."

A Yahoo News/YouGov poll in May revealed that 28 percent of Americans, including 44 percent of self-described Republicans, believe that Gates intends to implant vaccine-delivered microchips in people to monitor their movements.

Gates told reporters that the polls are "a little bit concerning," saying that it is hard to deny the conspiracy theory because "it’s so stupid or strange, that to even to repeat almost seems to give it credibility."

There has been no evidence so far to support the microchip theory, which appears to stem from Gates’s support for the use of digital IDs for COVID-19 vaccination. However, the technology is not a microchip and is more similar to an invisible tattoo which aims to provide doctors with up-to-date vaccine records.

"If you don’t get a broad uptake, then it would have a dramatic effect," he said. "So the misinformation could hold us back at some point."

Bill Gates on Thursday pledged to donate $1.6 billion to Gavi, a global organisation that provides vaccines to children in low-income countries. The Geneva-based group hoped to raise at least $7.4 billion, but managed to secure $8.8 in donations at a hosted summit on Thursday.

Gates, whose eponymous foundation was a founding member of Gavi two decades ago, pledged an additional $100 million to a separate fund the vaccine alliance has created to finance the purchase of COVID-19 vaccines for low- and middle-income countries.