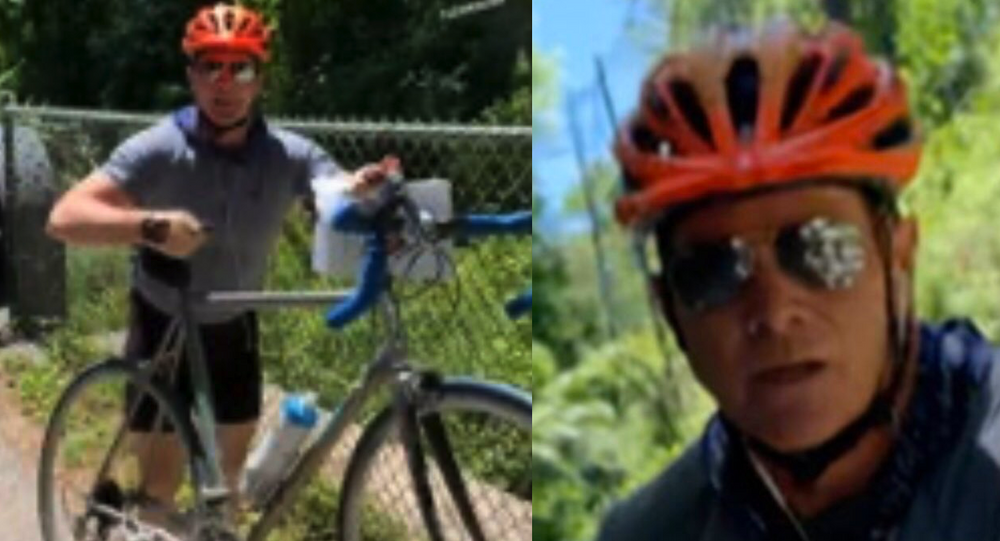 The Montgomery County Division of the Maryland-National Capital Park Police is searching for a male cyclist wanted for his alleged June 1 physical assault on multiple minors.

The Montgomery Park Police revealed on Tuesday that they are attempting to track down an area cyclist who was the subject of now-viral social media footage recorded on the Capital Crescent Trail, which runs along MacArthur Boulevard NW in Washington, DC, and into Montgomery County.

We are seeking the public’s assistance in identifying the below individual in reference to an assault that took place this morning on the Capital Creacent trail. Please contact Det. Lopez at 301-929-2774 with any information. Pease reference case number 20001297. pic.twitter.com/EtC9Q0xBOp

Authorities clarified in a follow-up post that the incident actually occurred on June 1.

“Do not touch her,” a female teen is overheard shouting as the cyclist approaches a younger girl.

“She has nothing. Do not touch her, sir!” she repeats. The man then grabs the younger girl’s forearm with one hand as he grabs her flyer with his other hand.

After forcefully retrieving the paper from the child’s hand, the cyclist then grabs his bike and charges at the young man recording the encounter.

While the male teen who recorded the encounter dropped his phone at the end of the video, he told NBC Washington’s Pat Collins that the cyclist rammed his bike into him and then pinned him to the ground.

The young man also alleged that the cyclist hurled verbal insults toward the group, calling them “deviants” who were inciting riots.

According to the teen, they were posting flyers around affluent neighborhoods to bring awareness to the recent killing of George Floyd in Minneapolis, Minnesota, and other racial inequalities in the US.