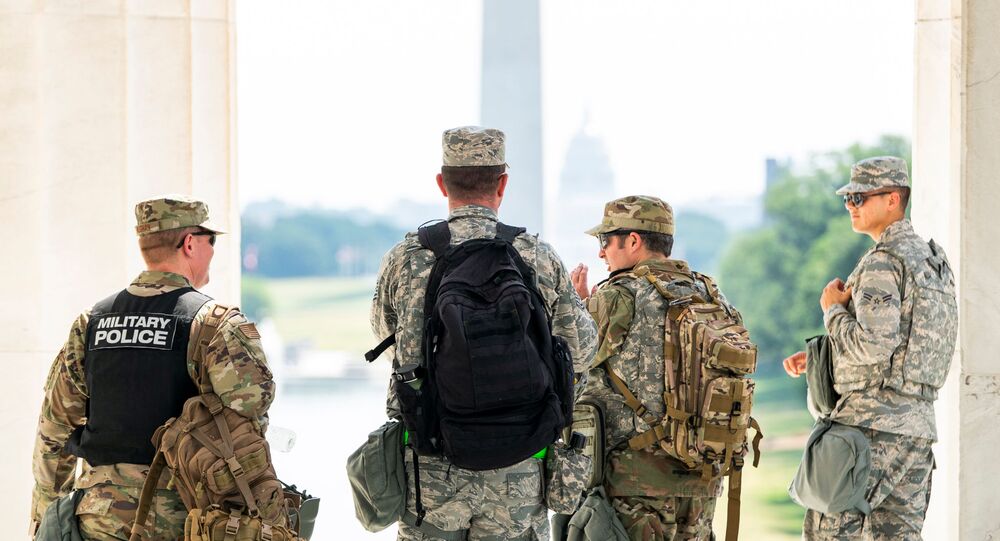 The troops were sent to the DC region in response to a wave of protests over the killing of George Floyd by the police. Earlier, US Defence Secretary Mark Esper backtracked on his decision to return the troops to their home bases, leaving them deployed for 24 additional hours.

The Pentagon will relieve the deployment of some active-duty troops in the region of Washington DC amid demonstrations against police brutality. The return of other soldiers to their home bases, however, will be "conditions based", a senior official told Sputnik.

"The Department made the decision to return members of some of the active duty units in the capital region to their home base. The military leaders are continuously monitoring this dynamic situation. Return of the remainder of the active duty service members will be conditions-based", the official said.

Earlier, Reuters reported, citing an unnamed official, that hundreds of active-duty troops had left the region, returning to their home base in North Carolina.

The 1,600 troops deployed by the Trump administration in the region of the US capital were intended to respond to an escalation of the unrest in the city. According to Pentagon spokesman Jonathan Rath Hoffman, soldiers were on "heightened alert" but did not participate in "defence support of civil authority operations".

The soldiers were originally intended to have been sent home earlier, but US Defence Secretary Mark Esper reversed his decision on Wednesday, extending their duty in the region for an additional 24 hours, according to the Army Secretary Ryan McCarthy.

The troops that are leaving the DC area as the mayor of the capital district announced that a curfew, previously imposed to curb unrest, would not be extended Thursday night.

After protests over the killing of George Floyd by police turned violent, troops were deployed in the region of the capital as Trump announced his intention to mobilize all federal resources to restore order.