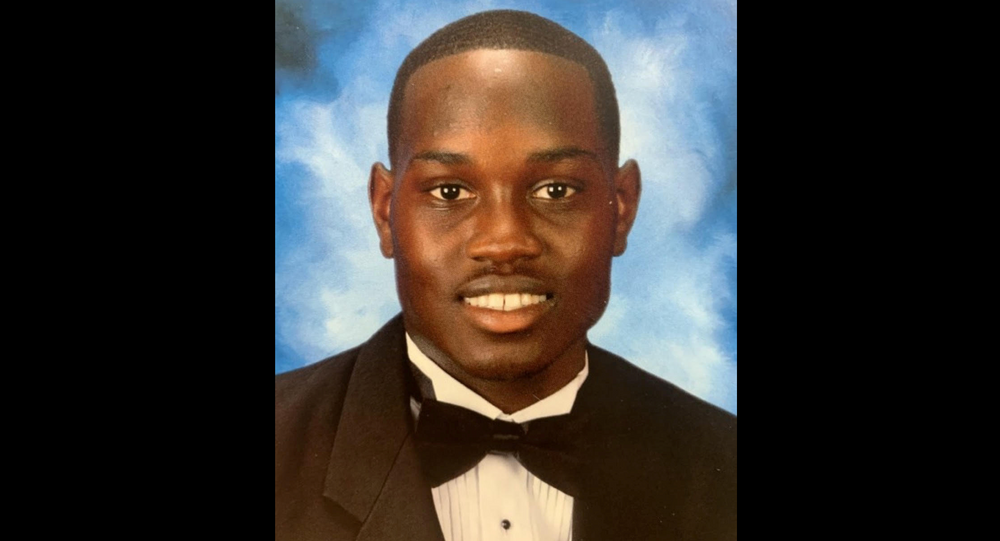 Georgia judge Wallace E. Harrell ruled on Thursday that the charges in the Ahmaud Arbery case meet the probable cause threshold, indicating the case against the three men involved in Arbery's killing will be advancing.

Travis McMichael and his father Gregory McMichael have been charged with the murder and aggravated assault of Arbery, a 25-year-old black jogger, in the Georgia neighborhood of Satilla Shores on February 23. A third man, William "Roddie" Bryan Jr., who captured the killing on video, has been charged with felony murder and attempting to commit false imprisonment.

© REUTERS / Handout/Glynn County Sheriff's Office
Former police officer Gregory McMichael, 64, and his son Travis McMichael pose for a booking photo they were arrested by the Georgia Bureau of Investigation and charged with murder in the shooting death of unarmed black man Ahmaud Arbery, in Brunswick, Georgia, U.S. in a combination of photographs taken May 7, 2020

New testimony during the preliminary hearing have also revealed Travis called Arbery a “f**king n****r” while he lay dying on the ground.

Richard Dial, a Georgia Bureau of Investigation special agent and the lead investigator on the case, also revealed that Travis had used the racial slur on multiple occasions.

The evidence also notes that Arbery "ran until he could not anymore" and "chose to fight" when "he felt like he could not escape." Arbery tried to circumvent his attackers on multiple occasions by running in a different direction and by even jumping into a ditch at some point.

Although the killing took place on February 23, the case only received an overwhelming amount of attention after video footage of the attack surfaced on social media.

Widespread protests against racism and police brutality have been spreading across the US and the world in the wake of the deaths of innocent people like Arbery and George Floyd, an unarmed African-American man who was brutally killed by US police officers in Minneapolis, Minnesota, last week.