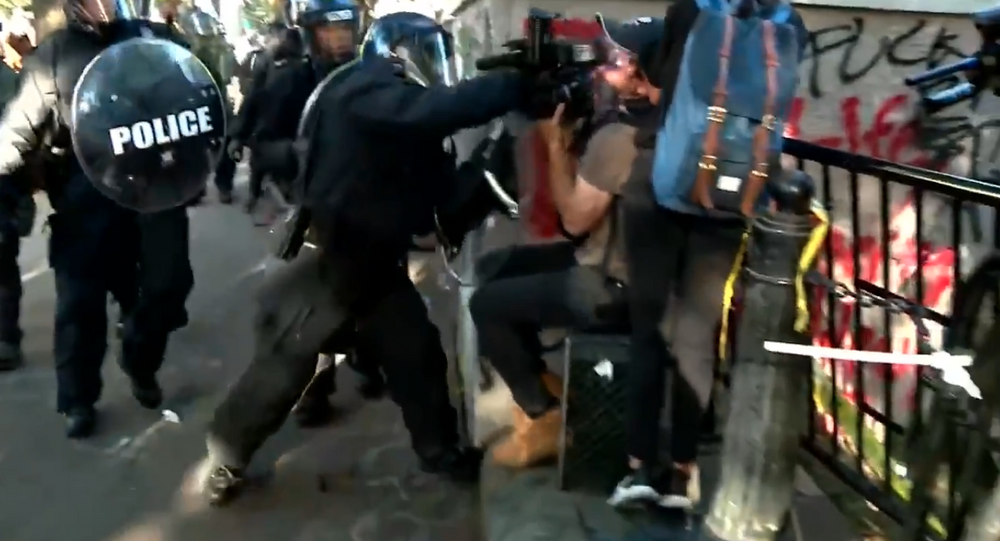 Two officers of the US Park Police (USPP) are now under investigation and have been assigned to administrative duties following the circulation of videos showing them attacking Australian journalists near the White House.

(2 of 2) "As is consistent with our established practices and procedures, two U.S. Park Police officers have been assigned to administrative duties, while an investigation takes place regarding the incident with the Australian Press."

The “incident with the Australian Press” refers to the officers’ documented June 1 assault of 7 Network Australia’s Tim Myers and Amelia Brace in Lafayette Park.

WATCH: Our reporter (@tomrousseyABC7) and photographer among the people being forcibly moved away from the White House by police.#GeorgeFloyd @realDonaldTrump expected to speak soon. WATCH: https://t.co/hqzFaM0B2W pic.twitter.com/i34U51uooQ

Another social media post shows the act in slow motion.

US Park Police announce two officers have been assigned to "administrative duties" pending the outcome of an investigation into an assault on a news crew with Australia's @7NewsAustralia as they were broadcasting live from Lafayette Square in DC when it was cleared out on Monday. pic.twitter.com/NOvEONbEs7

An additional perspective of the attack was captured by Myers’ camera and viewed live in Australia.

US Park Police announce two officers have been assigned to "administrative duties" pending the outcome of an investigation into an assault on a news crew with Australia's @7NewsAustralia as they were broadcasting live from Lafayette Square in DC when it was cleared out on Monday. pic.twitter.com/NOvEONbEs7

The Monday assault - which occurred as authorities descended upon the park in order to clear the way for US President Donald Trump’s photo-op in front of the St. John's Episcopal Church - has been denounced by area religious leaders.

Leadership from the historic Episcopal church has blasted Trump’s photoshoot as “uninvited and unannounced,” as reported by local outlet WJLA. Rev. Mariann Budde, bishop of the Episcopal Diocese of Washington, also communicated that she was “outraged” by the US president’s visit.

According to the Washington Post, which cited a Department of Justice official, the police received orders to clear the park from US Attorney General William Barr. A former Secret Service agent told the outlet that the incident appeared to be an unnecessary escalation by law enforcement.

“Usually officers hold a line and don’t move forward unless there is provocation,” the agent said. “The officers give constant warnings and communicate clearly with the crowd. But here it seems like there is some time pressure; they were acting like a bomb is about to go off.”

Monahan denied reports that his officers deployed tear gas at the scene on Monday.

“As many of the protesters became more combative, continued to throw projectiles, and attempted to grab officers’ weapons, officers then employed the use of smoke canisters and pepper balls,” he claimed.

“No tear gas was used by USPP officers or other assisting law enforcement partners to close the area at Lafayette Park.”

The Committee to Protect Journalists noted on Monday that “at least 125 press freedom violations” were reported within three days of protests in the US.