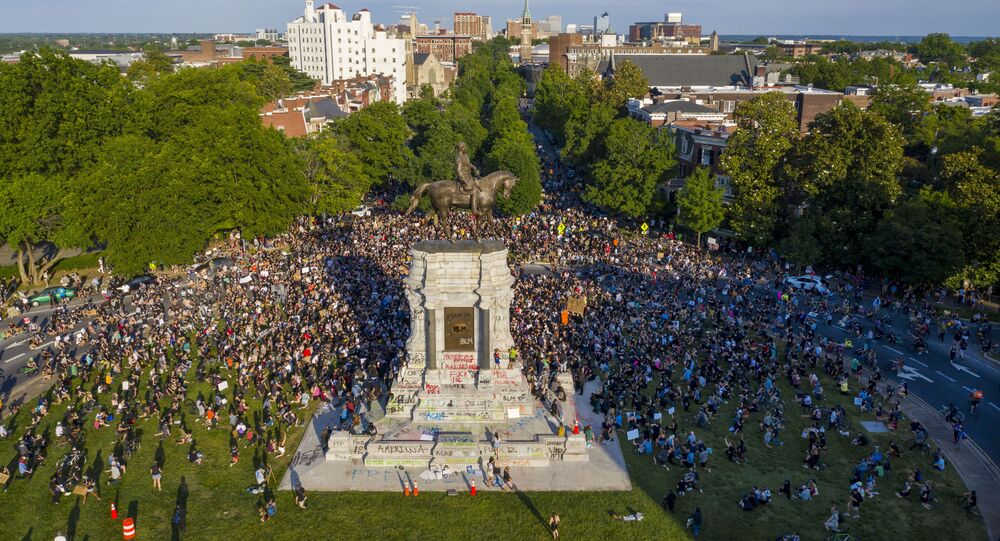 Richmond Mayor Levar Stoney is also seeking the removal of other Confederate monuments located on Monument Avenue, which sits on city land rather than on state land, like the statue of General Lee.

As the United States is being rocked by a wave of riots which erupted last week in the wake of the death of an African American man named George Floyd, Virginia Governor Ralph Northam is now expected to announce the removal of a statue of Confederate General Robert E. Lee from the Monument Avenue in Richmond, Associated Press reports citing a senior administration official.

According to the media outlet, the official explained that Governor Northam will have the statue moved to storage while his administration "seeks input on a new location", though the exact date of the statue's removal wasn't immediately clear.

This development comes as Richmond Mayor Levar Stoney announced his intent to seek the removal of other monuments to prominent Confederacy figures located on the Monument Avenue, such as Confederate President Jefferson Davis and generals Stonewall Jackson and J.E.B. Stuart, which are located on the city land, unlike the Lee's statue which sits on state land.

As Stoney said in a statement, "removing these statues will allow the healing process to begin for so many Black Richmonders and Virginians. Richmond is no longer the Capital of the Confederacy – it is filled with diversity and love for all – and we need to demonstrate that."

Peaceful protests that erupted across the United States last week following the death of an African American man named George Floyd in police custody, have since taken a turn for the violent, with governors of several US states calling for the deployment of the National Guard amid riots and looting.