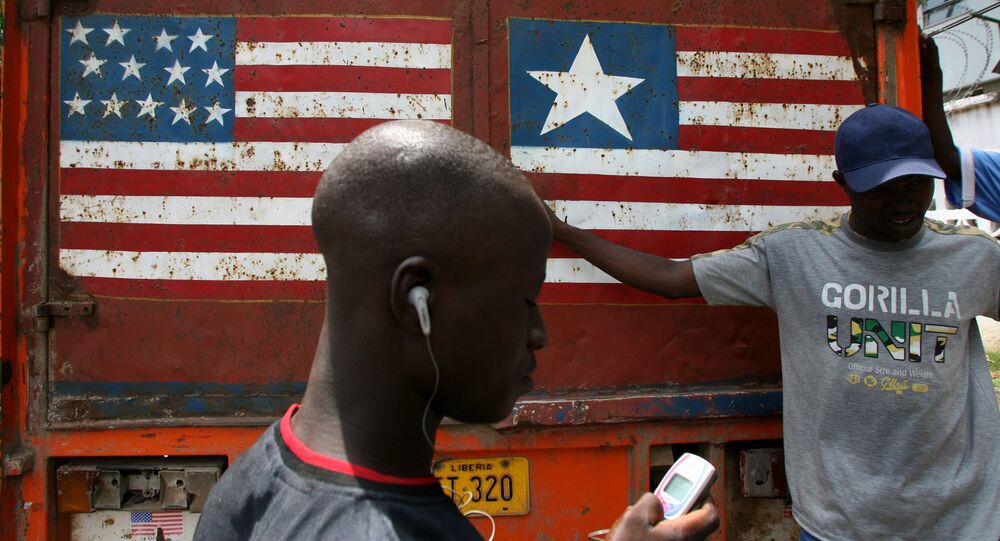 Hundreds of thousands of people have been protesting for more than a week on the streets of US cities in the wake of the death of George Floyd at the hands of a white police officer. Why is the US still struggling with race relations 155 years after slavery was abolished?

In the 1920s Marcus Garvey, the Jamaican-born founder of the Back To Africa movement in New York, said: "Our success educationally, industrially and politically is based upon the protection of a nation founded by ourselves. And the nation can be nowhere else but in Africa."

The idea of African-Americans moving back to Africa has been around long before slavery was abolished in 1865.

© AFP 2021 / Ben Stensall
A maquette of a statue commemorating the enslaved Africans whose lives were lost during the slave trade is pictured as it is unveiled by London Mayor Boris Johnson in central London, on August 18, 2008. The statue is to be erected in Hyde Park

The English first brought slaves from west Africa to Georgia, North and South Carolina, Virginia and Maryland back in the late 17th century, even before the British Empire had been created.

In 1672 King Charles II gave the London-based Royal African Company a monopoly on the slave trade - buying captured slaves in the territories which are now Gambia and Ghana, shackling them in ships and transporting them to the English colonies.

Over the next 200 years millions of African men, women and children were stolen and brought to America.

​Over many generations slaves - like the descendants of Kunta Kinte, the semi-fictional Mandinka in Alex Haley’s seminal novel Roots - lost their ability to speak their own languages and were converted to the religion of the plantation owners, Christianity.

But by the early 19th century an increasing number of former slaves had earned enough money to buy their own liberty and many of these “free blacks” moved north to New York, Boston, Philadelphia and worked in various trades, often alongside white Americans.

Cincinatti in Ohio saw several race riots in the 19th century during which mobs of whites - many of whom had only recently arrived in America - attacked the city’s burgeoning black community.

John Mercer Langston, an African-American who later became a Congressman, was 11 when he witnessed an attack on his neighbourhood in 1841.

Langston later recalled: "The summer of 1841 was long and hot. The Ohio River sank to muddy, impassable shallows and river men - both African-American and Irish - were out of work, disgruntled and faced with a lot of time on their hands…Violence exploded on the evening of 3 September when a mob estimated at 1,500 white men, attacked black homes and businesses in and near Bucktown."

The city’s mayor responded by putting African-American neighbourhoods under martial law, arresting hundreds of black men and only one white man.

The White Americans Who Wanted To 'Repatriate' Blacks

In 1816 a group of white businessmen and politicians had founded the American Colonization Society to deal with what they saw as the “problem” of the growing number of free blacks.

​Two years later the society, which had the backing of President Thomas Jefferson, scoped out territory in west Africa and in 1820 it targeted an area of what is now Sierra Leone.

At the time the British had set up a small settlement of freed slaves in Sierra Leone and in 1792 they founded Freetown, which is now the country’s capital.

But many of the 88 free blacks from America died of malaria in Sierra Leone and the following year the society switched its attention to another area and in 1824 they fortified a settlement and named it Monrovia, in honour of the then President James Monroe.

By 1838 there were 20,000 free blacks living there and in 1847 the region around Monrovia declared independence from the American Colonization Society and was christened Liberia.

Lincoln Killed The Idea Of Sending Blacks Back To Africa

But a mass exodus of African-Americans to Liberia never happened, with President Abraham Lincoln choosing instead to focus on liberating the slaves in the US and turning them into a wage-earning labour force.

Slavery was abolished in 1865 after the Confederacy was defeated in the American Civil War and the North sent troops to occupy the Deep South.

When those soldiers finally departed in 1877 the white elites in the southern states introduced harsh laws to subjugate the former slaves, many of whom had become sharecroppers.

Increasing numbers of African-Americans moved north and racial tensions in US cities continued to grow.

​What became known as Jim Crow laws, imposing segregation and discrimination on the black community, were introduced in almost every state, not just in the South.

In July 1919 an African-American teenager drowned in Lake Michigan after being stoned by a mob of white youths after he violated the unofficial segregation of Chicago’s beaches.

His death triggered huge race riots in Chicago’s South Side, with 15 whites and 23 blacks killed and around 1,000 black families being burnt out of their homes.

There were race riots across the US in 1919 - including a massacre of 200 black sharecroppers in Elaine, Arkansas - and it became known as the Red Summer, partly because of a false perception of Bolshevik influence among African-Americans.

At this point Marcus Garvey entered the US political scene.

Renewed Impetus To Go 'Back To Africa'

Garvey was born in Jamaica and founded the Universal Negro Improvement Association (UNIA) there but he settled in New York’s Harlem neighbourhood in 1916 and began to publish a newspaper, Negro World.

At one point the UNIA had four million members and its own shipping company, the Black Star Line, which sought to boost commerce between the US, the Caribbean and Africa.

The Negro will have to build his own industry, art, sciences, literature, and culture before the world will stop to consider him. - Marcus Garvey

​Garvey was a key driver behind the Back to Africa movement, which sought to repatriate blacks from the US and the Caribbean to the continent their ancestors had left many years before.

Garvey once said: “I have no desire to take all black people back to Africa; there are blacks who are no good here and will likewise be no good there.”

In 1922 Garvey was convicted of mail fraud, jailed and later deported to Jamaica. 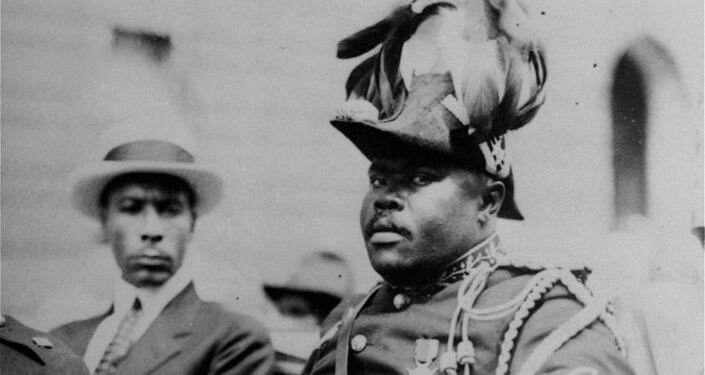 © AP Photo
Marcus Garvey, founder of the Back to Africa movement in the 1920s

He later moved to London but his influence waned markedly and in 1939, in an act of political desperation, he blundered into an alliance with white supremacist Senator Theodore Bilbo of Mississippi.

Garvey backed Bilbo’s Greater Liberia Act, which would have deported 12 million African-Americans to Liberia at federal expense. The legislation failed in Congress and Garvey’s reputation was badly tarnished. He died the following year.

The Back to Africa movement died with Garvey and has remained dormant, apart from a brief revival in the late 1970s and early 1980s following the popularity of reggae singer Bob Marley, a follower of Rastafarianism.

Rastafarians worship the late Emperor of Ethiopia, Haile Selassie, and a small number of Jamaican, US and British Rastafarians have emigrated to Ethiopia.

Malcolm X and Muhammad Ali both visited Africa and were astonished to see black people in charge of politics and the economy.

But there has never been any great appetite among modern African-Americans to move to Africa.

What Has A Black American Got In Common With An African?

It is a continent which they might symbolically feel attached to but what has a basketball-mad black youth in Los Angeles or Minneapolis got in common with a French-speaking football-crazy youth in Cameroon, a Xhosa-speaking South African or a Nigerian teenager in Lagos who may speaks a mixture of Pidgin English and Yoruba?

As for Liberia - what became of it?

In the 20th century the descendants of those original American free blacks who founded Monrovia became an Americo-Liberian elite, who dominated politically and economically the country’s indigenous tribes, who included the Kpelle, Gio, Mandingo and Krahn.

In 1980 the indigenous tribes’ frustrations boiled over and President William Tolbert and his entire Cabinet was slaughtered on the beach in Monrovia by Samuel Doe, a master sergeant in the Liberian Army and a Krahn.

Doe ruled as President of Liberia until 1990 when he was overthrown by rebels and brutally tortured and murdered on live television.

Liberia’s bloody civil war ended in 1997 and the current President is George Weah, a former footballer with AC Milan and Monaco who won the Ballon d’Or in 1995.