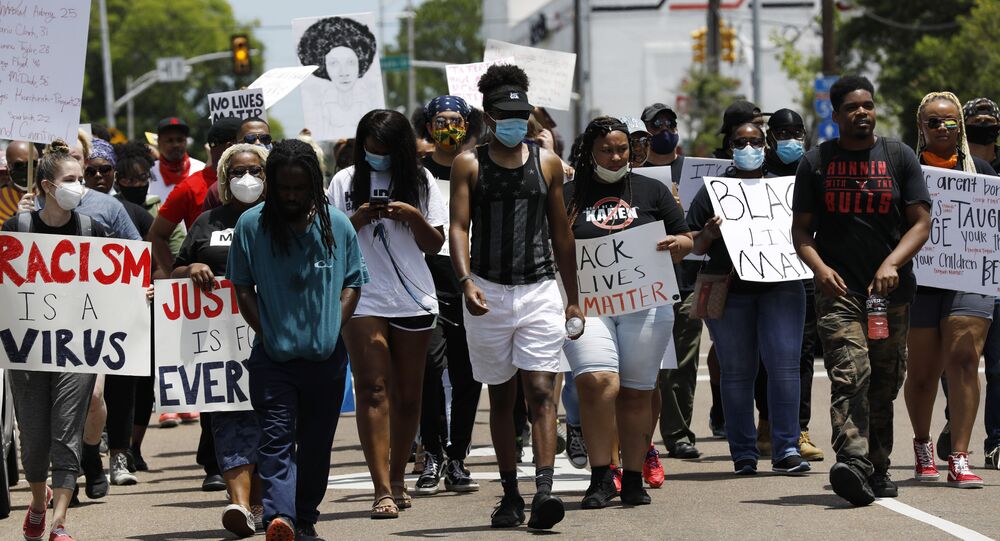 The prosecutor herself insisted that she was merely “making light of it” and did not really wish for the rioters to become infected with the coronavirus.

A county prosecutor from the State of Mississippi named Pamela Hancock ended up taking flak after making a "kind of a joke" online about the coronavirus and the ongoing riots in the United States, Mississippi Today reports.

According to the media outlet, Hancock made her suggestion by commenting on a Facebook post of another user who inquired: "Does Covid spread during massive street riots or just in bars and restaurants. Asking for a friend."

"We can only hope the deadly (coronavirus) strain spreads in riots!" Pamela reportedly responded in a since-deleted comment.

This remark of hers did not seem to sit well with some, including Brandon Jones, policy director at the Southern Poverty Law Center in Jackson, expressing concern that with Hancock being an "elected official", her post might "send all the wrong messages".

"We worry when people like Ms. Hancock say these things because of what message it might send to people who might have to face her in court", Jones said. "It erodes the public’s trust that they’re going to be treated fairly with comments like this, even if they were in jest."

Hancock herself, however, argued that she was "really just making light of it" and did not wish for the rioters to fall victim to the pathogen.

"I was not serious about wanting anyone to die. That’s not who I am. The post was kind of a joke, and I was attempting to joke back", she told the media outlet in a phone interview. "Obviously, I did it very poorly. If you ask anybody that knows me, I don’t hold any ill will towards anyone or any group. I only try to be fair."

She also insisted that she is "against any breach of peace or criminal activity", and while she has nothing against those engaged in peaceful protesting, "breaking into businesses and stealing things is a crime."

Peaceful protests that erupted across the United States last week following the death of an African American man named George Floyd in police custody, have since taken a turn for the violent, with governors of several US states calling for the deployment of the National Guard amid riots and looting.