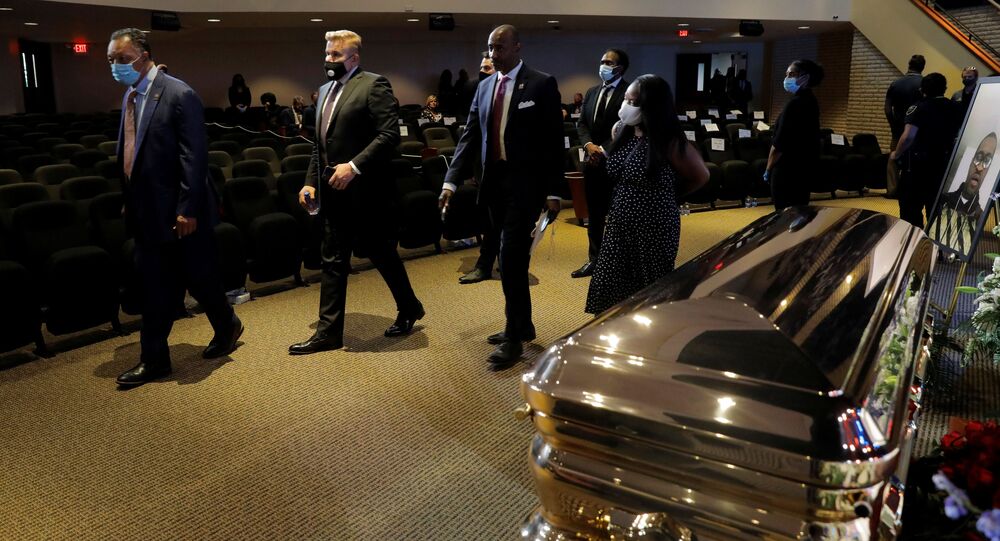 George Floyd, a 46-year-old African-American man accused of counterfeiting, was filmed dying at the hands of Officer Derek Chauvin in Minneapolis on 25 May. Floyd's death sparked nationwide protests against police brutality and racism which gave way to riots, complete with violence against police and civilians.

Live feed from outside North Central University in Minneapolis, where a private memorial service for George Floyd is taking place.

Mass protests across the United States erupted against police brutality and racism starting on 25 May, after George Floyd, an African American man, died in police custody in Minneapolis, Minnesota.

The protests broke out after a video surfaced showing white police officer Derek Chauvin kneeling on Floyd's neck for more than eight minutes before the detainee became unresponsive.

Initial protests in various US cities were soon accompanied by riots, complete with violence, vandalism, arson and looting.