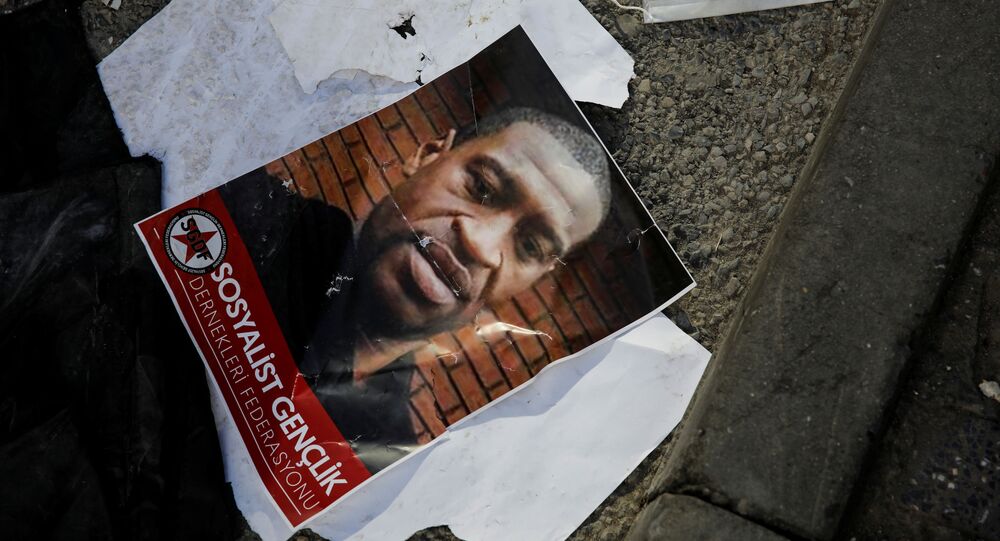 The report builds on previous findings by Hennepin County medical examiners, who concluded that George Floyd’s heart stopped beating after police restrained him and compressed his neck during arrest.

George Floyd was a coronavirus survivor, according to his full autopsy report released on Wednesday by the Hennepin County Medical Examiner’s Office.

A nasal swab conducted during the autopsy revealed that Floyd had no lung damage and was likely an asymptomatic carrier of the new coronavirus. He was known to be positive for the virus on 3 April, the examiners said.

The report also noted that Floyd had multiple blunt force injuries to his forehead, face and upper lip, as well as shoulders, hands, elbows and legs.

It also notes that he had several underlying health conditions, including “severe” arteriosclerotic heart disease and hypertensive heart disease, but no life-threatening injuries.

Floyd also had the stimulant drug methamphetamine and the opioid pain reliever fentanyl in his system, according to the details of the autopsy.

The newly-released findings reiterate Monday’s announcement by the Medical Examiner’s Office that Floyd died from “cardiopulmonary arrest complicating law enforcement subdual, restraint and neck compression”. Officials also concluded on Monday that his death was a homicide.

What happened to George Floyd?

Floyd, a 46-year-old black man from Minnesota, died on 25 May after being arrested by police officers outside a shop on suspicion of paying with a counterfeit $20 bill. Footage of the arrest filmed by bystanders showed that white officer Derek Chauvin kneeled on Floyd’s neck for more than eight minutes before he lost consciousness and was placed in an ambulance.

The Hennepin County’s preliminary report sparked backlash across the country after state prosecutors said last week that it had revealed “no physical findings that support a diagnosis of traumatic asphyxia or strangulation”. A separate, private autopsy ordered by Floyd's family found that he died of asphyxiation from sustained pressure.

Derek Chauvin has been arrested and charged with third-degree murder and second-degree manslaughter; the murder charge was upgraded on Wednesday to second degree. Three other police officers who were at the scene have been charged with aiding and abetting murder.

Floyd’s death has touched off a series of violent protests in Minneapolis and St. Paul that soon spread all over the country. More than 17,000 National Guard troops have been deployed in 23 states and the District of Columbia to help local police tackle the unrest, which has not been seen in the US since the 1960s.

State and city authorities are currently responsible for handling of the riots in their respective jurisdictions, but President Donald Trump has threatened to deploy military forces to enforce order in the country against the wishes of local authorities should they fail to quell the unrest. The Pentagon has been reluctant to send in the military.