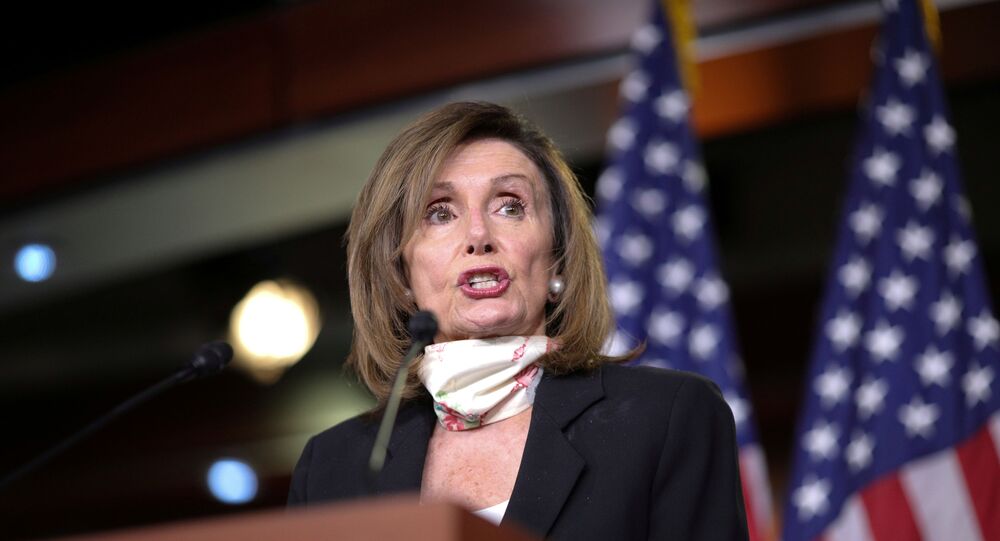 Following the killing of an African-American male, George Floyd, by a white police officer in the city of Minneapolis on 25 May, nationwide protests in all 50 states against police brutality have gained momentum, prompting US President Donald Trump to threaten the use of military assets to cope with the unrest.

On Wednesday, the speaker of the US House of Representatives, Nancy Pelosi, joined those protesting against police brutality following the kiling of George Floyd. Pelosi was seen outside the Capitol building, surrounded by staff and security guards.

A video shows her walking with protesters, reaching out to talk to people and, according to reports, heading to the demonstration.

Speaker Pelosi is at the protests... pic.twitter.com/9NR01fXcdd

In a tweet, she outlined that "stopping police violence must be a priority in this country", urging Congress to address "deadly use of force by police" while mitigating unrest.

In the days and weeks to come, we will be guided by the experiences & expertise of @RepKarenBass and @TheBlackCaucus as we seek to achieve progress & secure justice for Americans nationwide.

​Protests in Washington, as in many other major US cities in every state in the nation have continued for over a week, sparked by the killing of George Floyd by a police officer named Derek Chauvin. The white officer pressed his knee onto Floyd's neck for nearly nine minutes, ignoring the black man's request to breathe.