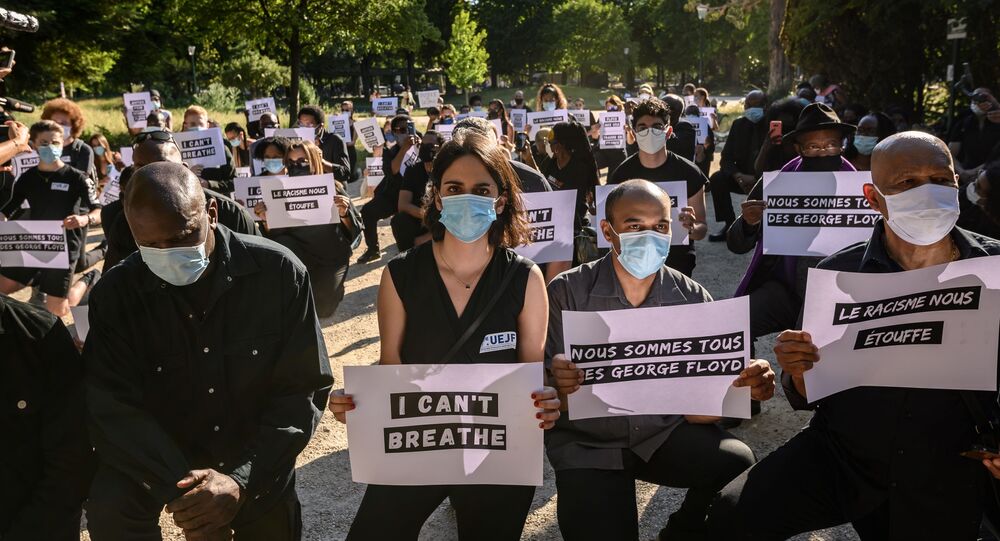 Dr Jerome Adams, an African-American himself, has recently been trying to balance his professional concerns over the nation’s health and wellbeing and his support for those who have taken to the streets in opposition to racial prejudices and police brutality.

US Surgeon General Dr Jerome Adams has warned in comments to Politico of new outbreaks of the novel coronavirus as a feared result of the nationwide protests over the death of George Floyd at the hands of Minneapolis police.

Despite a majority of protesters wearing face masks as they demand justice for Floyd and other victims of police brutality, the large crowds hardly allow for full-fledged social distancing.

Adams went on to especially emphasise that the coronavirus pandemic has also disproportionately affected communities of colour.

“I remain concerned about the public health consequences both of individual and institutional racism [and] people out protesting in a way that is harmful to themselves and to their communities”, Adams pointed out, further speculating on the infection rates:

“Based on the way the disease spreads, there is every reason to expect that we will see new clusters and potentially new outbreaks moving forward”, he added.

Adams is the latest official to express concern over the potentially worsening spread of the disease, as he has been trying to advise Americans during the pandemic. However, being an African-American himself, he has also been supporting the anti-racism idea behind the ongoing marches.

“You understand the anger, you hope that we can find ways that really can help people channel their anger into meaningful steps forward”, Adams shared with Politico, suggesting that a large scope of work is still to be done:

On Saturday, Adams stressed that there is not an easy way out of the current health and social deadlock, insisting that racism cannot be dealt with overnight, but “that doesn’t mean we mustn’t try at all”, he tweeted.

© AP Photo / Patrick Semansky
Trump 'Did Not Ask for George Floyd Protesters to be Moved Out' Before St. John's Church Visit

As the protests have entered a second week now, a flurry of doctors’ groups — the American Academy of Pediatrics, American Medical Association, and American College of Physicians — highlighted racism as a public health issue and called for an end to police brutality in the country.

The protests, which have not infrequently boiled over into violent riots, came in response to the death of George Floyd, a 46-year-old African-American man who died shortly after a now former Minneapolis police officer pressed his knee on the back of his neck for over eight minutes - with the moment captured on camera.

The policeman has since been charged with third-degree murder and second-degree manslaughter and sacked, along with the other three present at the scene, from the force.