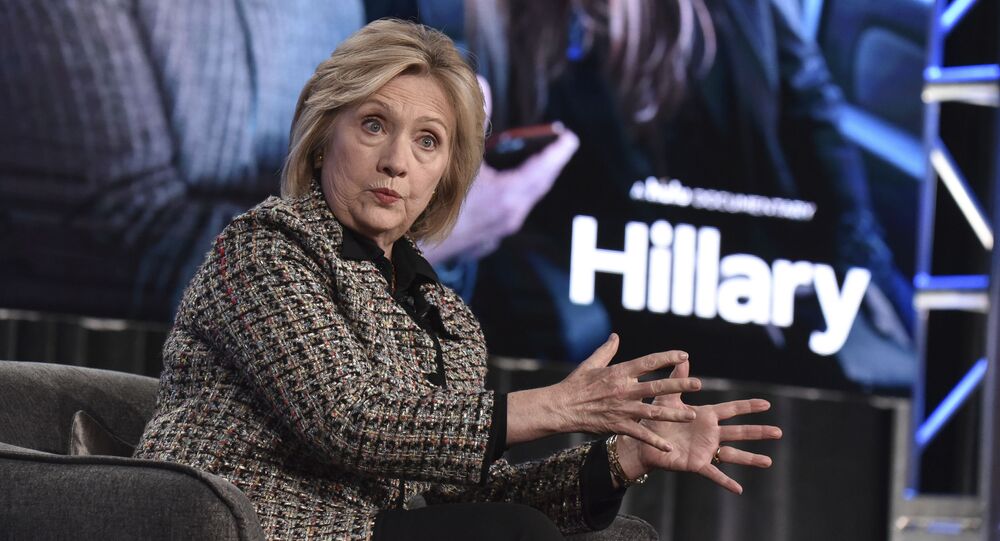 Earlier this year, a federal judge ordered Hillary Clinton to provide a sworn deposition in person about her using a private email server for government business while serving as US Secretary of State from 2009 to 2013.

During an online hearing on Tuesday, the US Court of Appeals for the District of Columbia Circuit dealt with former Secretary of State Hillary Clinton‘s efforts to avoid testifying under oath about her involvement in the email scandal.

The hearing was first reported by Judicial Watch, a conservative watchdog group, which said that Clinton’s former Chief of Staff Cheryl Mills is also seeking to shun providing testimony on the matter.

The watchdog added that the appeals court was looking into Clinton’s and Mills’ extraordinary request, also known as “petition for writ of mandamus,” aimed at overturning an order earlier issued by US District Court Judge Royce Lamberth that would require them to testify.

According to Judicial Watch, the appeals court ruled that the case had been adjourned until 9 September, when Clinton’s testimony is slated to take place. She insists that she is not obliged to testify because she is a former senior government official and that the FBI already conducted a probe into the matter.

The Tuesday hearing comes after Lamberth ordered the former US Secretary of State in March to provide a sworn deposition in person about her private email server. The order granted Judicial Watch’s request to depose Clinton about her correspondence and documents related to the 2012 attack on the US Consulate in Benghazi, Libya.

At the time, Republican officials and members of Congress accused then-Secretary of State Clinton of failing to prevent the attack, which left four Americans dead, while she defended her handling of the incident.

The court also ordered the deposition of Mills and two other State Department officials, additionally allowing Judicial Watch to subpoena Google for documents and records related to Clinton’s emails during her time at the State Department from 2009 to 2013.

The watchdog’s lawsuit seeking Benghazi-related records led to a scandal in 2015 when it helped discover that Clinton had repeatedly used her own private email server, rather than a government-issued one, when she served as US Secretary of State.

The issue resurfaced amid the 2016 presidential election campaign as the FBI probed the former Secretary of State for misconduct.

Despite the use of a private server preventing her emails from being available via the Freedom of Information Act (FOIA), the FBI advised against opening a criminal case against Clinton, merely describing her actions as "extremely careless".

The results of the probe reportedly irked President Donald Trump as he complained that alleged attempts by Clinton to hide emails from the public must be further investigated.