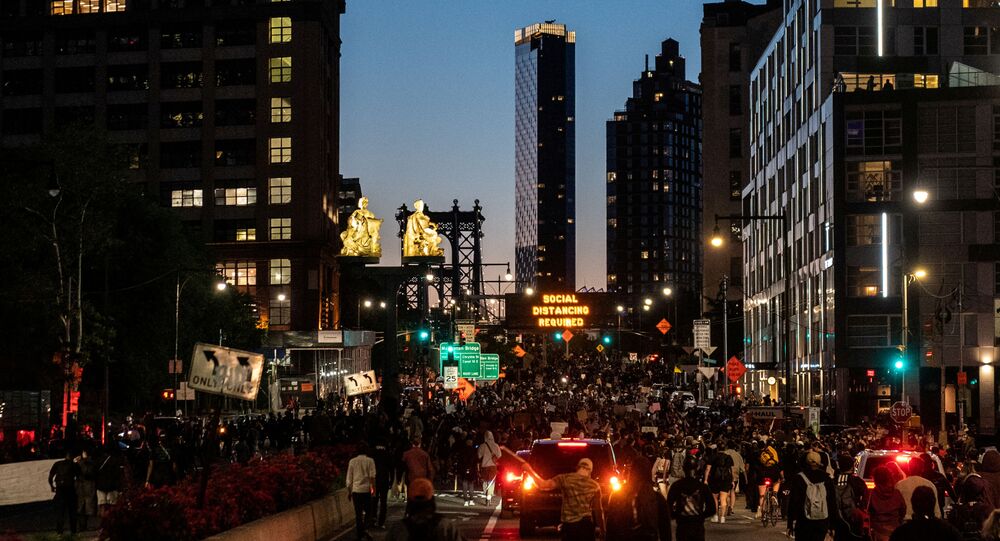 As protests against the death of a black man at the hands of the Minnesota police and law enforcement brutality at large sweep across the US, states have increasingly introduced curfews to curb the wave of social unrest.

In New York, the arrest of Black Lives Matter demonstrators has been captured on camera. The video shows police standing besides handcuffed demonstrators nabbed for violating the curfew hours, which daily start in the Big Apple at 8 p.m, after a rally in the Union Square.

Large-scale protests, not infrequently turning into full-blown riots with looting and countless acts of vandalism, came in response to the death of George Floyd, a 46-year-old forgery suspect, who was suffocated by a now former Minneapolis police officer for over 8 minutes, despite him losing consciousness.

To curb the massive social unrest, local and federal authorities have taken the path of across-the-board curfews, with National Guard troops also called into quite a few states to maintain public order.