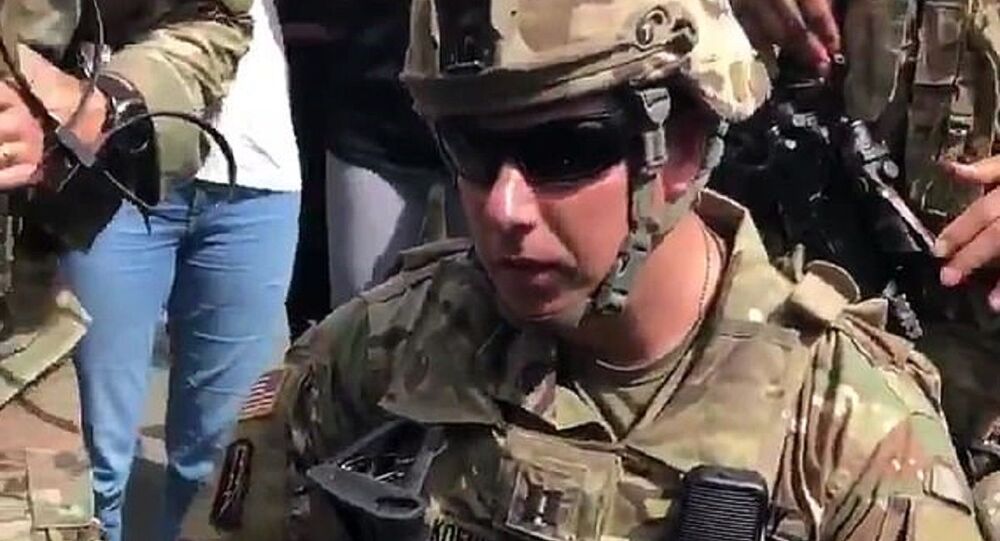 Nationwide protests have swept through the US in recent days following the death of a Minnesota man at the hands of a police officer, now charged with murder and manslaughter.

As George Floyd protests persist in large parts of the US growing into sheer destruction, in a video currently circulated online, National Guard officers tasked with getting a grip on the protesters in Los Angeles kneel in solidarity. The move came in response to emphatic calls from Scream Queens actress and TV host Keke Palmer.

Watch all of this. pic.twitter.com/YHq0QhXrnw

"Stand together with the community, with society to stop, stop the governmental oppression", she implored in the powerful video., continuing to call to "march, march with us".

While they said they were not allowed to leave the intersection to march with the demonstrators, the Guardsmen eventually knelt, in an apparent nod to footballer Colin Kaepernick earlier “taking the knee” during the United States national anthem, in opposition to police brutality in the country.

The video was retweeted by Get Out director Jordan Peele, who took a veiled dig at President Trump in the caption, “Your move, Bone Spurs", in reference to POTUS’ avoidance of service in the Vietnam War allegedly due to a foot issue.

Nationwide protests erupted in the US following the killing of African American citizen George Floyd last week, with the rallies quickly spiralling out of control into mass looting and arson.

In the 25 May incident involving Floyd, arresting officers said he matched the description of a forgery suspect and took him into custody, with a clip posted online showing now ex-officer Derek Chauvin persistently pressing his knee into Floyd's neck as the pleaded to let him breathe. Chauvin has since been charged with second-degree murder and manslaughter.