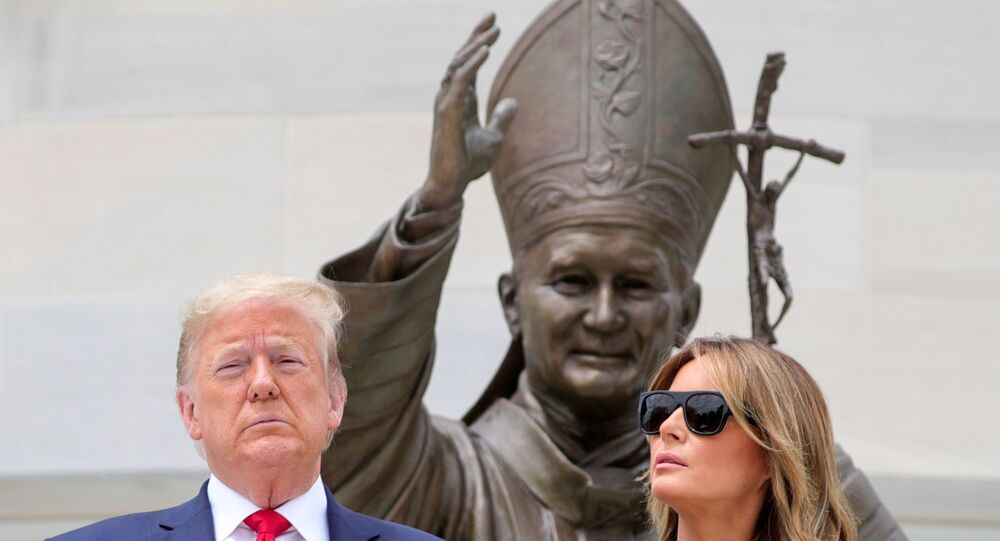 In its 2020 annual report on international religious freedom, the United States Commission on International Religious Freedom (USCIRF) has claimed that several nations, including Russia, China, Iran and, for the first time, India, should be included in the list of so-called "countries of particular concern".

US President Donald Trump on Tuesday signed an executive order that directs the US State Department to take action "ensuring" religious freedom in countries that are identified by the US as violating the freedom to adhere to one's faith of choice.

Under the new order, nations placed in the list of so-called 'countries of particular concern' (CPC) by the US could be pressured to change their internal policies with regard to religion through the use of "economic tools", including sanctions, "realigning foreign assistance to better reflect country circumstances, or restricting the issuance of visas under section".

"The Secretary of the Treasury, in consultation with the Secretary of State, may consider imposing sanctions under Executive Order 13818 of December 20, 2017 (Blocking the Property of Persons Involved in Serious Human Rights Abuse or Corruption), which, among other things, implements the Global Magnitsky Human Rights Accountability Act (Public Law 114-328)", the executive order reads.

The order encourages US diplomats to share concerns on cases involving individuals imprisoned due to religious beliefs.

"In meetings with their counterparts in foreign governments, the heads of agencies shall, when appropriate and in coordination with the Secretary, raise concerns about international religious freedom and cases that involve individuals imprisoned because of their religion", the order reads.

The signing of the order follows the release of the annual report by USCIRF on international religious freedom. The new USCIRF report includes, among other issues, new recommendations suggesting that Russia, China, Iran, Syria, North Korea and several other countries be placed in the CPC list. The CPC is considered in Washington to be the most serious category for countries that, according to USCIRF, "engage in violations of religious freedom".

Russia has been put on the CPC list primarily a result of its ban on the Jehovah's Witness group. The organization, whose actions are considered extremist by the Russian High Court, earlier declared that it had religious exclusivity and excellence above other faiths. Jehovah's Witness members are currently outlawed or restricted in a variety of countries, including Russia, China, Vietnam and others.

China is accused by the US State Department of "discrimination" and "genocide" against the Uighur Muslim minority, based on allegations that an estimated one million ethnic Uighurs have been sent to what is officially called Vocational Education and Training Centres and labeled by Beijing critics as "re-education camps", an allegation that has been dismissed by the government.

On the same day as the US State Department order, US Speaker of the House Nancy Pelosi prepared the so-called Uyghur Human Rights Policy Act of 2020 to be sent to Trump for signing. The act imposes sanctions against entities and individuals in China responsible for "human rights abuse" against the Uighur Muslim population in Xinjiang - accusations that China has consistently denied.