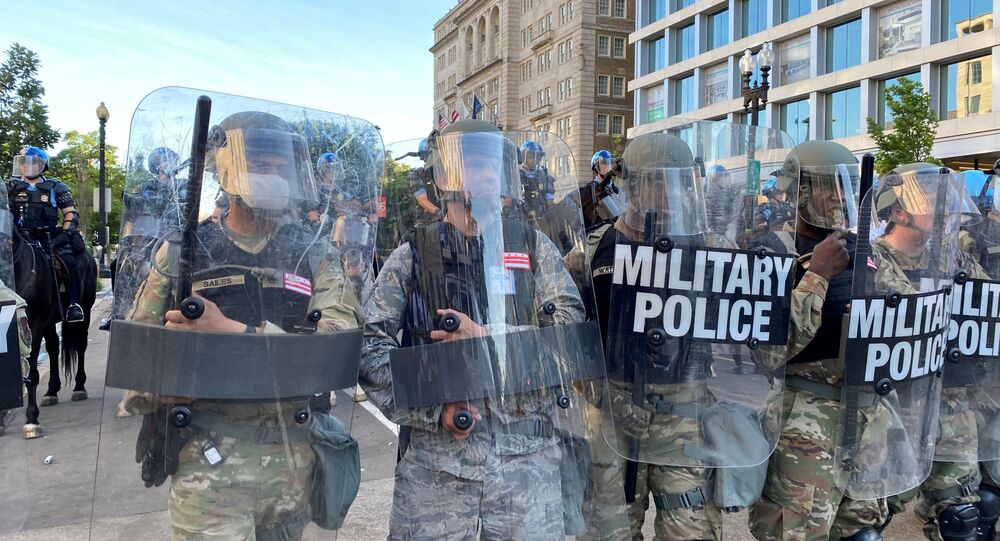 WASHINGTON (Sputnik) - The Committee to Protect Journalists is probing Monday night's attack by police forces in Washington on Sputnik radio show producer Nicole Roussell as she was covering anti-racism protests outside the White House, a CPJ spokesperson said on Tuesday.

“My colleagues are investigating this case and others that have been brought to our attention,” the spokesperson said.

While covering protests near the White House, Roussell was shot at with rubber bullets and stinger grenades despite identifying herself as a journalist and wearing a press badge. Russia's Foreign Ministry said she received multiple injuries and was "trampled" by police forces as they moved in to disperse the crowd.

According to the Rossiya Segodnya International Information Agency, the Sputnik journalist was attacked by police though she repeatedly stated that she was the press and had the press card hung around her neck. Moscow has demanded that the United States take measures to defend journalists from police brutality, the Russian Foreign Ministry said on Tuesday.

How World Prepares for Next Pandemic ‘Depends on the Leadership in Place’, Biochemist Tells Sputnik