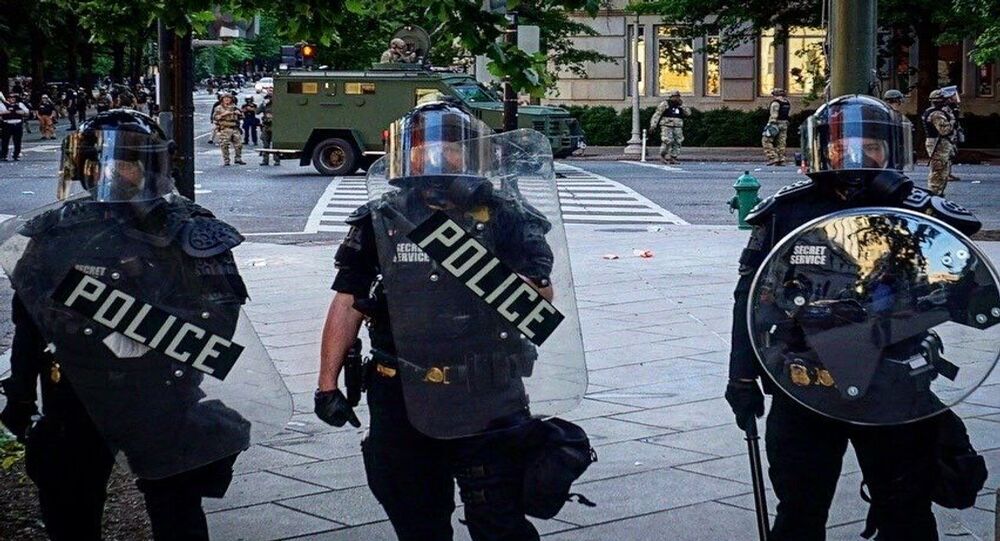 Rossiya Segodnya to Consider Suing After US Police Attack on Journalists, Editor-in-Chief Says

"In the last three days, the US police has attacked the journalists of our agency twice — a correspondent of RIA Novosti in Minneapolis and a Sputnik producer in Washington. Both times, our journalists showed their press IDs and shouted that they were from the press. There is no way the police could have failed to see and hear that. The same thing happened to our colleagues from the US media. In a law-based country, we would go to court. But in the America of today there is no reason to believe it will behave any better than the police. However, we will consider it", Simonyan said.

The Russian Foreign Ministry has called the situation with Turgiyev a manifestation of unreasonable cruelty. The Russian Embassy in the United States sent a note to the State Department.

The governor of Minnesota Tim Walz has apologised to all journalists who were detained or attacked on that night.

OSCE Representative on Freedom of the Media Harlem Desir has urged the US authorities to ensure safety of journalists covering the protests. Stephane Dujarric, the spokesperson for the United Nations secretary-general, said all such incidents should be investigated. US non-profit Freedom of the Press Foundation added the incident with Turgiyev to its database.

© REUTERS / LUCAS JACKSON
Russia Sends Note of Protest to US Over Police Use of Pepper Spray on RIA Novosti Reporter
On 31 May, RIA Novosti correspondent Mikhail Turgiyev was pepper-sprayed in the face by a Minneapolis police officer despite identifying himself as a reporter, while covering the protests. Nicole Roussell, a Sputnik journalist, said earlier on Tuesday the police shot at her with rubber bullets even though she said repeatedly that she was a member of the press.

Numerous cities in the United States have been experiencing protests since the death of an African-American man, George Floyd in police custody, in Minneapolis, on 25 May. Several cities have introduced curfew.