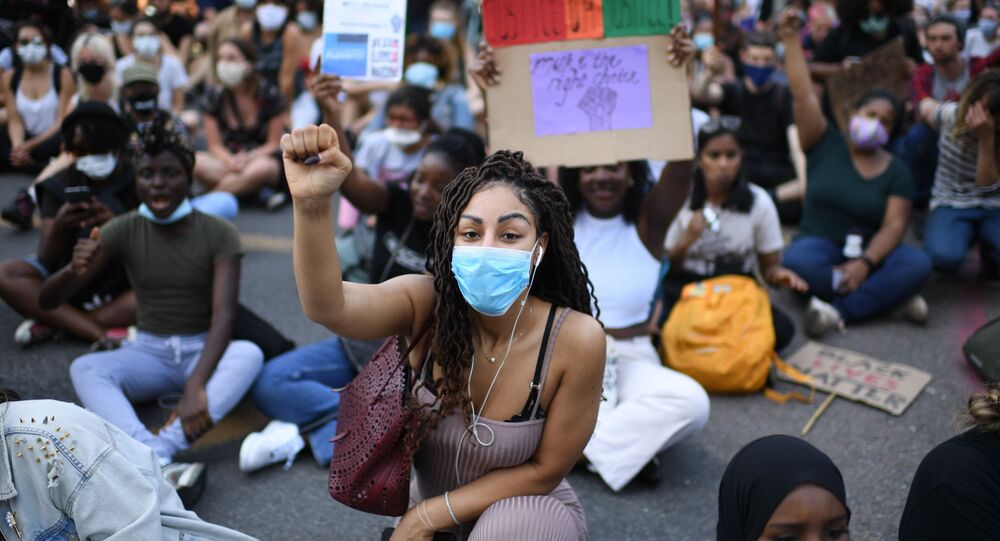 Violent protests and clashes with the police have been ongoing across the United States since last week, with demonstrators protesting against police brutality and racism following the death of George Floyd.

A live video shows protesters holding a sit-in demonstration in Minneapolis, where George Floyd, an unarmed 46-year-old African-American male, died after a police officer knelt on his neck for over eight minutes during his arrest.

The death triggered mass demonstrations across the United States that quickly descended into clashes with the police, with activists protesting against police brutality and racism. Floyd was detained in Minneapolis last Monday over allegedly paying for cigarettes with a counterfeit bill. During the arrest, white police officer Derek Chauvin knelt on Floyd's neck for several minutes before the detainee became unresponsive.

In an official medical report, the Hennepin County Medical Examiner in the US state of Minnesota ruled Floyd's death a homicide.

The police officers present at the scene were fired, and Chauvin has been charged with third-degree murder and manslaughter.