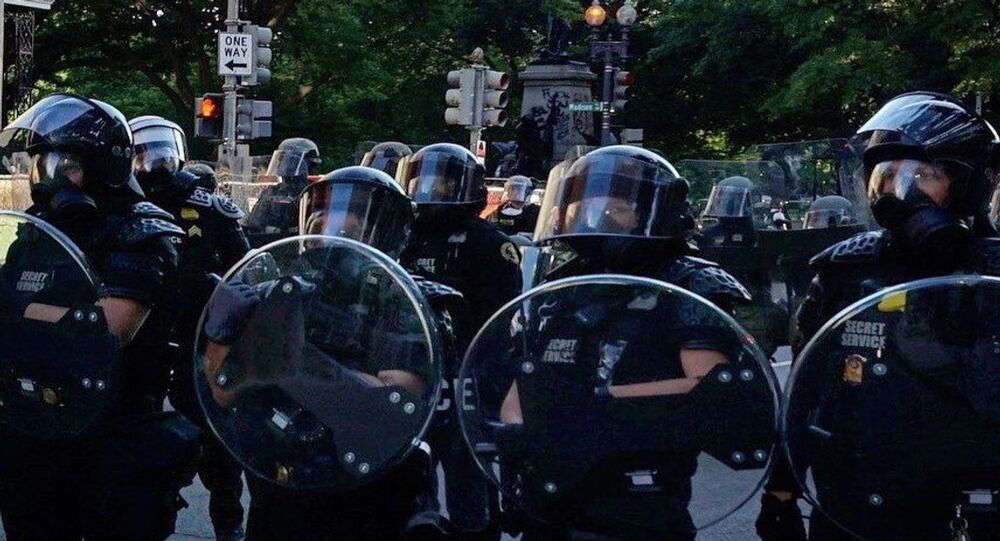 Mass protests across the United States erupted against police brutality and racism on 25 May, after George Floyd, an unarmed 46-year-old African American man, died in police custody in the US city of Minneapolis. Some protests have turned into violent riots that include arson and widespread looting.

The US is preparing for another wave of anti-racism protests over Floyd's death as the states of California, Georgia, Minnesota, Missouri, Nevada, Ohio, Tennessee, Texas, Utah, Washington, and the District of Columbia have already mobilised National Guard troops to disperse protesters and help local law enforcement officers ensure security. Several Democratic governors, however, have pushed back against Trump's threat to deploy the military.

US President Donald Trump stated earlier he is taking presidential action to mobilise all available federal resources to respond to the ongoing protests over the death of George Floyd including the deployment of thousands of armed troops to quell riots in the nation's capital.

Speaking at the Kennedy Space Centre in Florida, Trump said the death of George Floyd was a grave tragedy but warned against surrendering to hostility. Trump stressed that every US citizen has the right to be safe in their workplace, home, and city streets.

On 25 May, the 46-year-old Floyd, an African American, died in Minneapolis police custody after a white police officer, Derek Chauvin, knelt on his neck for at least eight minutes. Video evidence surfaced the following day which has sparked nationwide protests many of which have led to violence and rioting.