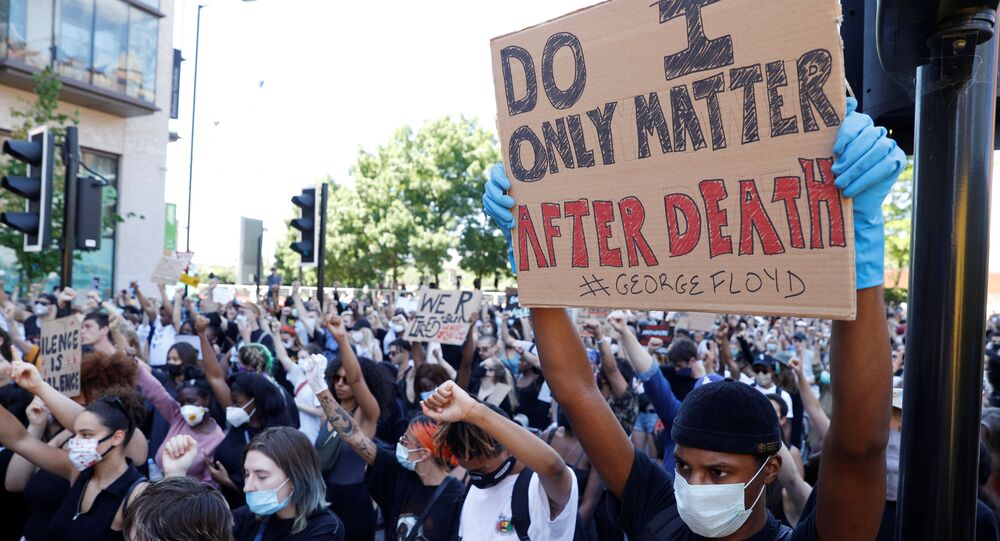 For a week now US cities have been rocked by large-scale protests against police brutality, negligence towards the black population, and those of colour following unarmed African American resident of Minneapolis, George Floyd, being killed by the police.

UN High Commissioner for Human Rights Michelle Bachelet has stated that the protests, currently happening in the US, highlight a whole array of issues in American society. She noted that among them are not only police violence against people of colour, but also inequalities seen in health, education, employment, as well as "endemic racial discrimination".

"States need not only to focus on the current impact of these disparities on groups and communities facing racial discrimination, but also on their root causes", Bachelet said addressing countries around the globe to work on the issue.

Bachelet stated that the ongoing COVID-19 pandemic has had a "devastating impact" on people of African descent and ethnic minorities, not only in the US, but also in the UK, Brazil, and France. She added that the virus simply exposed the underlying problems in these societies that have remained unresolved for "too long".

The UN Human Rights chief went on to urge everyone "take a stand [and] speak up" against racism in the world, arguing that it's everyone's responsibility via a post on Twitter.

We all have a responsibility to #FightRacism. #COVID19 or not, I call on everyone to take a stand, speak up and put an end to racism wherever present.

Numerous US cities have been seeing major protests and violent riots for a week now, which started in the wake of the killing of an unarmed African American man, George Floyd, by Minneapolis police during his arrest. One of the police officers placed his knees on Floyd's neck and back, preventing him from breathing normally even as he begged for air.

What started as local protests in Minneapolis have spread from coast to coast, reaching Washington DC and the White House specifically, with many demonstrations turning violent and resulting in vandalism and looting sprees. While some mayors and governors have decided to call in the National Guard to stop the violence, others have refrained from doing so, drawing the ire of US President Donald Trump.

POTUS has condemned the lack of action by some local authorities and threatened to deploy "additional federal assets" in the form of troops if local police forces are unable to deal with the rioters. In addition to this, Trump has accused the Antifa movement of being the masterminds behind the riots and the violence during the protests, vowing to blacklist the group as a terrorist organisation.