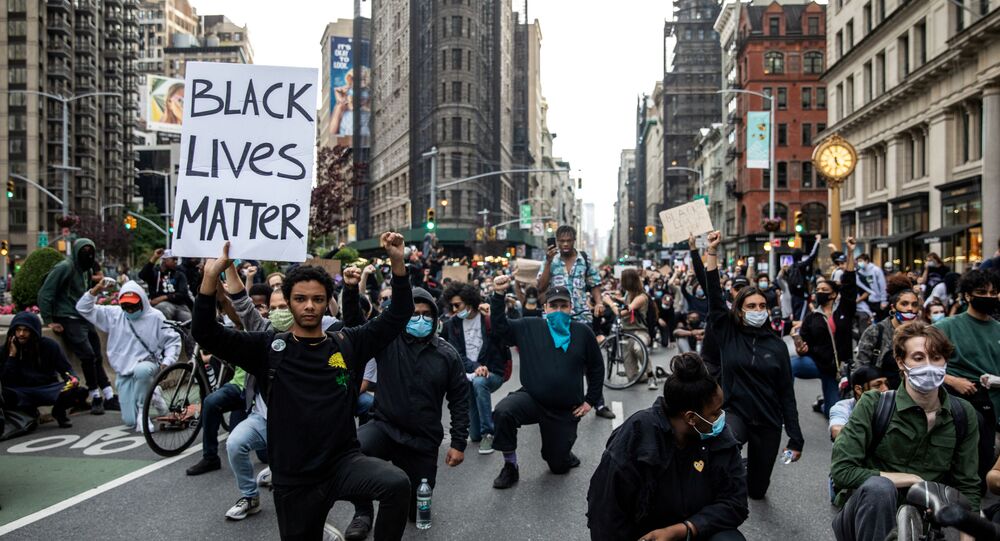 Protests in New York City over the 25 May killing of George Floyd, an unarmed black man who died in police custody in Minneapolis, Minnesota, started peacefully last week, but escalated into riots on 29 May.

This live broadcast shows activists in New York City gathering on the streets for anti-racism protests following the death of George Floyd.

NY Mayor Bill de Blasio announced on 1 June that the city would be put under curfew starting at 11:00 p.m. on the night of 1 June (03:00 on 2 June GMT) with an increased presence of police forces following three nights of destructive riots. The curfew was lifted at 05:00 a.m. on 2 June (09:00 GMT). However, the authorities decided to extend the security measures and will impose a curfew beginning at 8 p.m. on Tuesday. According to the mayor's press secretary, the curfew will be lifted at 5 a.m. on 3 June.

The New York Police Department’s (NYPD) presence across the city has been doubled, according to Governor Andrew Cuomo.

Numerous US cities have witnessed protests over the killing of George Floyd since a video surfaced showing white police officer Derek Chauvin kneeling on Floyd's neck for more than eight minutes before the latter lost consciousness.