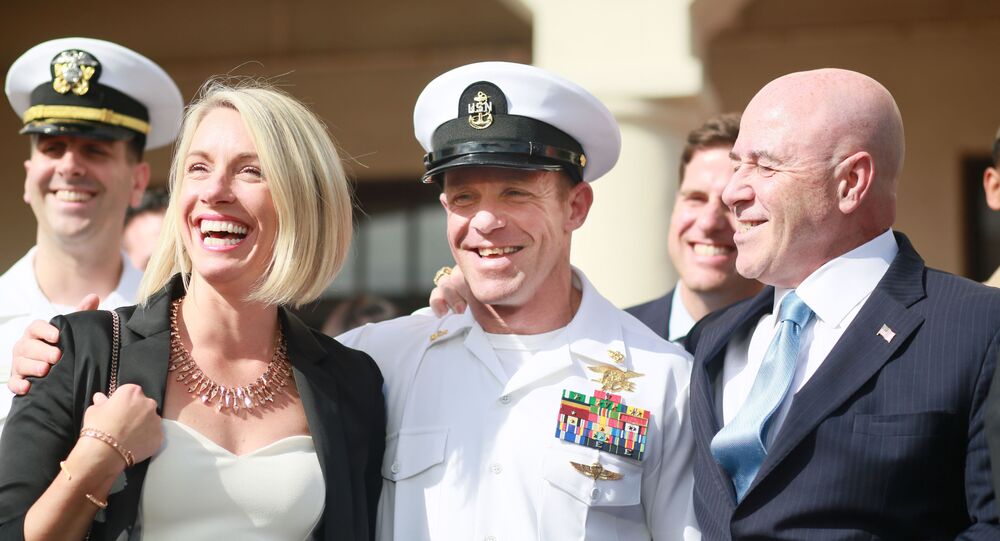 Gallagher was previously charged with killing a war prisoner and shooting at unarmed civilians, but a court found him not guilty. The notorious case resulted in the resignation of then-Navy Secretary Richard Spencer, as the White House was displeased with his approach towards the issue.

Retired Navy SEAL Eddie Gallagher has filed a lawsuit against Navy Secretary Kenneth Braithwaite and New York Times reporter David Philipps, accusing officials of leaking his personal documents to the newspaper in a bid to pressure him.

"Our family filed multiple IG investigations to allow the Navy to conduct their own internal audit - but despite well-documented corruption, a spying operation that removed a prosecutor, media manipulation and other gross ethical violations, the Navy has refused to hold themselves accountable", The Pipe Hitter Foundation, a non-profit started by Gallagher and his wife providing legal support to veterans, said in a statement.

According to the lawsuit, Philipps allegedly received 500 pages of confidential documents from the Navy's criminal investigation. Gallagher also accused the journalist of fabricating details and making false or misleading statements in his reports to damage the SEAL's reputation.

Gallagher, who was a SEAL for 15 years, was previously found not guilty of stabbing a captive Daesh* teen fighter to death, shooting at unarmed Iraqi civilians, and other criminal charges in a controversial process. During the trial, one of the witnesses - US Navy SEAL Corey Scott admitted that he himself suffocated the captive until he died. Gallagher was convicted of posing with a corpse for photos.

The NYT, however, refused the claims, as vice president of communications Danielle Rhoades-Ha said that "Philipps did what any good journalist should", adding that Gallagher's complaint is full of "conspiracy theory".

*Daesh, also known as IS/ISIS/ISIL/Islamic State, is a terrorist group, banned in Russia