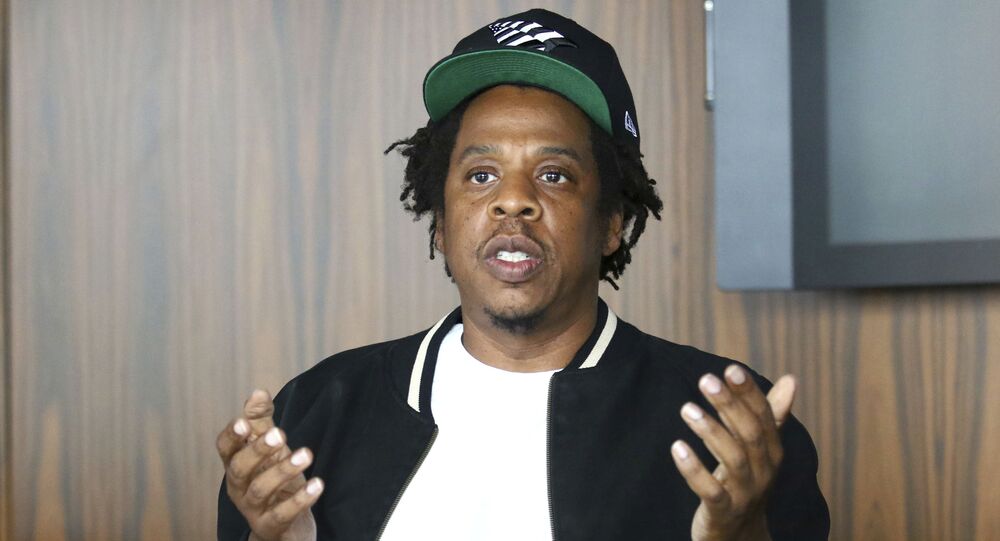 The murder of African American George Floyd by a Minneapolis police officer on 25 May, which has sparked protests in almost every major US city, has also prompted many US politicians, artists and public figures across the nation to call for justice over the tragic incident.

World famous rapper and record executive Jay-Z on Sunday discussed over the phone with Governor Tim Walz of Minnesota the progress of the investigation into the death of George Floyd, which has triggered nationwide demonstrations, Jay-Z and Walz revealed on Monday.

In an interview with CNN affiliate WCCO, the governor said that Jay-Z told him, “Justice needs to be served here”.

“It was so incredibly human. It wasn’t Jay-Z international celebrity, it was a dad and quite honestly a black man with visceral pain that he knew,” Walz said.

On Sunday, Walz announced that Minnesota Attorney General Keith Ellison would lead the probe into the fatal arrest of the 48-year-old black man.

In a statement released later on Monday by the REFORM Alliance, a non-profit organisation founded by Jay-Z advocating reform of the US criminal justice system, the superstar thanked the governor “for doing what's right” and for calling in Ellison to “take over the George Floyd case”.

“Earlier today, Governor Walz mentioned having a human conversation with me. A dad and a black man in pain. Yes, I am human, a father and a black man in pain and I am not the only one,” Jay-Z said. “Now I, along with an entire country in pain, call upon AG Ellison to do the right thing and prosecute all those responsible for the murder of George Floyd to the fullest extent of the law”.

The international rap icon also called for “every politician, prosecutor and office in the country to have the courage to do what is right”.

“This is just a first step. I am more determined to fight for justice than any fight my would-be oppressors may have,” Jay-Z added. “Have the courage to look at us as humans, dads, brothers, sisters and mothers in pain and look at yourselves”.

On Saturday, Jay-Z’s wife, Beyonce - an international icon in her own right - asked in a video statement for her 147 million Instagram followers to sign a petition “to demand more charges brought on all those involved in the death of George Floyd”.

If you want to demand more charges brought on all those involved in the death of George Floyd, click the link in my bio to sign the petition.

On 25 May, an African-American resident of Minneapolis named George Floyd was killed by a police officer while being arrested. The officer who killed Floyd, identified as Derek Chauvin, put his knee on the victim's neck and kept it there for over 8 minutes, even after Floyd gasped “can't breathe” and begged for air.

All four officers involved in the arrest and death were quickly fired after the incident, and three days later as protests spiraled out of control, Chauvin was subsequently arrested on third-degree murder charges.

The tragic has incident triggered ongoing nationwide demonstrations across the US and in many international cities.