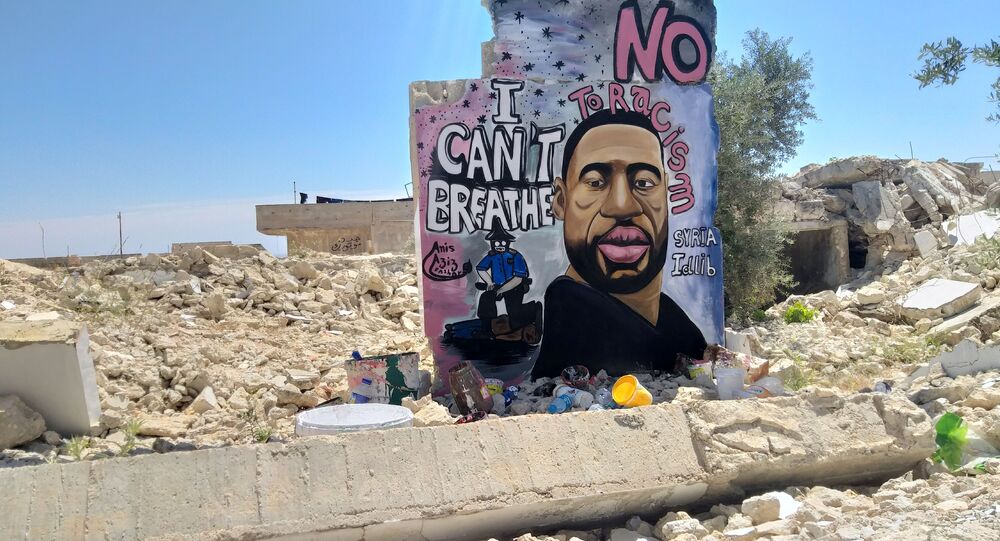 An independent autopsy ordered by George Floyd's family has ruled that the 46-year-old's death was an asphyxia-related homicide.

"Sustained pressure on the right side of Mr. Floyd's carotid artery impeded blood flow to the brain, and weight on his back impeded his ability to breathe. The independent examiners found that weight on the back, handcuffs and positioning were contributory factors because they impaired the ability of Mr. Floyd's diaphragm to function," Floyd family attorney Ben Crump said in a Monday statement.

The autopsy, led by medical examiner Dr. Michael Baden and Dr. Allecia Wilson, concluded Floyd's May 25 death was therefore a "homicide caused by asphyxia due to neck and back compression that led to a lack of blood flow to the brain."

The results from the family-ordered autopsy come contrary to the preliminary autopsy cited last week by the Hennepin County Attorney's Office's criminal complaint against Derek Chauvin, which claimed there were "no physical findings that support a diagnosis of traumatic asphyxia or strangulation."

Chauvin, a 19-year veteran of the Minneapolis Police Department, has been fired from the force. He was later arrested on Friday and charged with third-degree murder and manslaughter in connection with Floyd's death.

The family attorney noted that Chauvin applied pressure to Floyd's neck for "at least eight minutes," despite witnesses and a paramedic expressing concern for the 46-year-old's safety. Crump argued that Chauvin's actions constitute premeditation and should therefore be met with a first-degree murder charge.

Crump's comments during the news conference pushed back against the preliminary autopsy, which argued that a combination of "being restrained by police" and Floyd's "underlying health conditions including coronary artery disease and hypertensive heart disease" likely contributed to his death.

Baden was called upon in 2014 to perform an autopsy on Eric Garner, the New York City man who was killed on July 17, 2014, after being placed in an illegal chokehold by New York Police Department officer Daniel Pantaleo. Garner's last words - "I can't breathe" - were also uttered by Floyd in his final moments.

Though asthma and heart disease were listed as contributing factors to Garner's death, the medical examiner ruled his death a homicide.

It's worth noting that both Floyd and Garner were unarmed when stopped by police.